Marcelo Bielsa: A Combined XI of the Argentine Manager's Greatest Ever Players

Marcelo Bielsa is number 50 in 90min's Top 50 Great Managers of All Time series. Follow the rest of the series over the course of the next 10 weeks. You can find ​Ben Carter's career overview on 'El Loco' ​here.

Considering players in their prime like Carlos Tevez, Aritz Aduriz and André-Pierre Gignac missed out on a place in this list, it's no surprise that Bielsa's combined XI is stacked with world class attacking talents.

So to kick off 90min's Top 50 Greatest Managers of All Time series, here's a starting line-up of the best players in each position that have worked under Bielsa. Javier Zanetti - With more than 1000 appearances for club and country, Inter legend Javier Zanetti is one of the most recognisable players from the last 25 years. His versatility was key for Argentina, playing as a full-back, winger and midfielder under Bielsa.

Fernando Amorebieta - A far cry from his days at Fulham and Middlesbrough, Arturo Vidal - Just before Bielsa was appointed with Chile, Vidal secured his first ever move to Europe. He was handed his international debut under former boss Nelson Acosta, but he didn't establish himself until the Argentine was appointed.

Esteban Cambiasso - Another who was handed their international debut with Bielsa, Cambiasso never truly established himself at international level, but he played a vital role in Real Madrid's

Alexis Sánchez - An exciting talent who was forced to be loaned back to South America just 10 days after moving to Europe, Bielsa's guidance with the national team helped provide Alexis Sánchez

Juan Román Riquelme - Prior to Argentina's Lionel Messi craze, it was 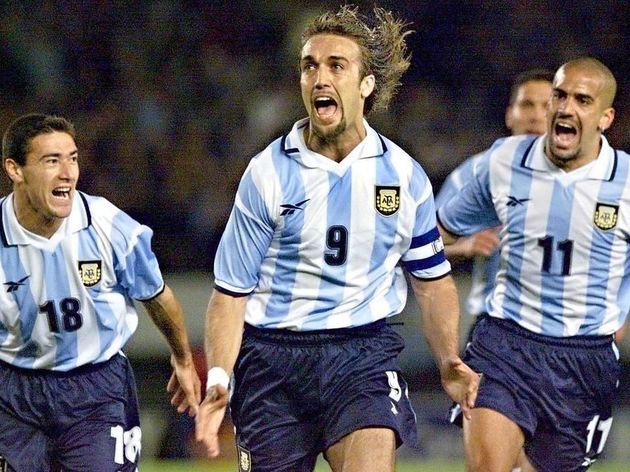 Gabriel Batistuta - Bielsa doesn't have a shortage of attacking talent that he's worked with throughout his career, but few players names have ever carried the same weight as