Vic Buckingham is number 49 in 90min's Top 50 Great Managers of All Time series. Follow the rest of the series over the course of the next 10 weeks. You can find ​Jack Spedding's Vic Buckingham all time best XI ​here.

Chances are that 99% of people reading this will have the same response: who the heck is Vic Buckingham?

You probably used an even stronger word than heck, and that's okay, because in the UK, the Londoner, born in 1915, is barely a footnote in English football folklore.

However, on the continent Buckingham's legacy is that of someone who broke the mould and ​made European football what it is today.

Vic Buckingham 204 spurs app..The founder of term Total football.. one of the first English managers to coach top European sides like Ajax Amsterdam and FC Barcelona, and had Johan Cruyff as one of his biggest fans, he remained largely unremembered in his native England. pic.twitter.com/yzVJzznSwz

So why is this man, who had an unspectacular playing career as a defender for Tottenham, so highly respected?

Well, that answer can summed up in the form of one man, who would go on to redefine what football was forever.

That man was Johan Cruyff.

That is not hyperbole, Buckingham's influence is the seed that was planted after the World War II, and his courage and forward thinking allowed that seed to shape modern football.

He was a flamboyant character who was desperate to do things differently, and on his terms. He decided that the best form of attack was patience, and that patience would require his teams to build up play from the back. A tactic which is now common place and almost necessary in 2019.

But back in the early 1950s, that was an alien concept, and one that English football struggled to fathom.

We've grown to love Marcelo Bielsa since he took over at Leeds. 

After retiring as a player in 1949, and following spells at Pegasus in Oxford and Bradford Park Avenue, he was appointed manager of West Bromwich Albion in 1953 - one of the biggest clubs in the first division at the time.

That decision was vindicated just a year later when the Baggies won the FA Cup, and came agonisingly close to becoming the first side in the 20th century to complete the double.

He decided to leave the Hawthorns in 1959 to take what at the time was considered a drastic step, moving overseas, joining a then little known club called Ajax.

He spotted a then little known player called Cruyff - a gangly teenager with God given talent - and nurtured him to become one of the greatest players of all time.

While there, he spotted a then little known player called Cruyff - a gangly teenager with God given talent - and nurtured him to become one of the greatest players of all time.

In a much more relaxed, and open-minded environment in the Netherlands, Buckingham would guide his young team to a league title, and build the foundations for what would become a multi-time European Cup winning side.

Life in Holland was good, but the lure and temptation to move back to Britain was too much for Buckingham, so he left for ​Sheffield Wednesday after just two years at Ajax.

Big things were expected of him at Hillsborough, as they wanted to challenge the dominance of Bill Nicholson's Spurs, as well as Liverpool, Everton and Manchester United. Unfortunately however, that never came close to happening.

He was let go in 1964, and soon after his departure, it had emerged that three of his players at Wednesday were accused of taking bribes to fix a match in 1962. Though Buckingham claimed he was mortified by the trio's actions and all allegations against the man himself were left unproven, his reputation in English football had taken a huge hit, and in truth, it never really recovered.

Following another year at Ajax, he took over at Fulham, where he introduced sweeping changes to the troubled club, including selling plenty of experienced players.

It didn't work, and three years after he took over, he was dismissed, before the club were relegated four months later. He would never manage in England again.

Buckingham was still revered across the continent however, and after a year in Greece, he took over at Barcelona in 1969.

Just like he had at Ajax, Buckingham focused on the now legendary youth system at the Catalonian club, which would go on to produce the likes of Lionel Messi, Andres Iniesta, Xavi and Carles Puyol. 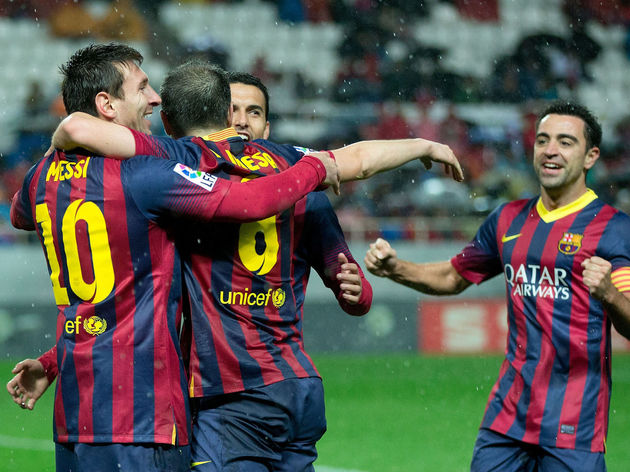 During the 1970/71 campaign Buckingham would guide the La Blaugrana to a Copa del Rey triumph, beating Valencia 4-3 in one of the most enthralling cup finals in Spanish football's history.

His time at the Nou Camp laid the groundwork for Barca to bring in Cruyff in 1973, a move which would change the club forever.

And that should be Vic Buckingham's legacy: a man who is largely responsible for making two of Europe's biggest clubs - Ajax and Barcelona - what they are today.

He was way ahead of his time, and his way of thinking led to the creating of Total Football, and two of the most prolific and incredible youth academies the world has ever seen

His death on 26th January 1995 was not met with universal sadness in England. There was no minutes applause. No great outcry or tributes to what this man had achieved. If only English football had noticed.