Goncalo Guedes' second-half strike was enough to earn Portugal a deserved victory over the Netherlands, handing them the Nations League trophy in the competition's maiden instalment.

Boos were ringing around the

Guedes gets the one and only crucial goal!

The introduction of England's tormentor Quincy Promes after half time promised to open the game at the backdrop of an electric atmosphere in Porto. But, however deafening the atmosphere was before, it was turned up to the maximum with half an hour remaining.

Goncalo Guedes' fierce drive from the edge of box was too strong for Cillessen, who couldn't get a strong enough hand on the strike to stop it from nestling into the bottom corner.

Ronald Koeman's side fought back, but their lack of potency up front was far too clear, failing to test Rui Patricio as Portugal looked comfortable in defence. It proved too little too late for the Oranje, who fell at the final hurdle to hand Portugal victory in the first ever edition of the Nations League.

There were question marks whether or not the extra day of rest that Portugal had over their opponents would play a role, and despite having less of the ball in the first period they did appear the livelier of the sides in the final third. 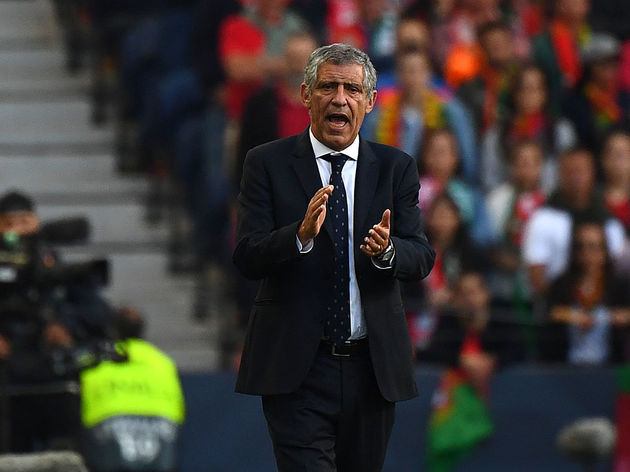 With so much attacking talent at his disposal, Fernando Santos will have been pleased with the way his forwards went about their work in the first half, carving open plenty of chances with just the all-important goal lacking.

It was much of the same for the remaining 45 minutes until the crucial opener was scored, where from then on Portugal were happy to sit back and soak up the Dutch pressure. After their surprise Euro 2016 victory, question marks persisted over the future of the Portuguese side. What has been evident from this tournament, however, is that there is a talented squad with an exciting attacking force ready to ruffle some feathers in next year's showpiece event.

In a team blessed with attacking talent, it was the Sporting CP man who caused the most havoc for the Netherlands with some instinctive and creative play in midfield. 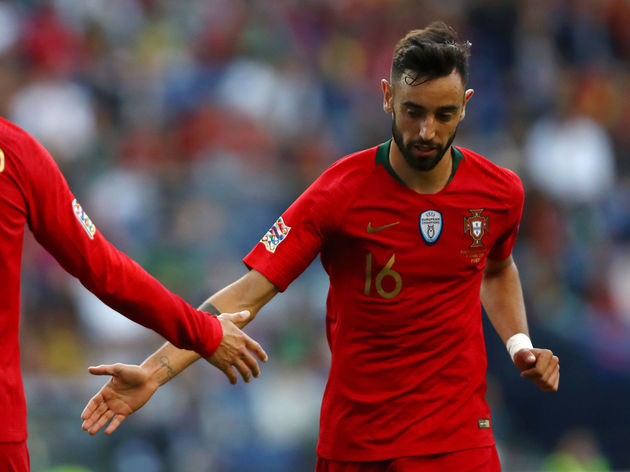 Seeing plenty of the ball, he found himself in great positions, coming close on a few occasions during a first period where all the chances fell the hosts' way. Rumours have naturally been aplenty this summer as to where the 24-year-old may end up, and its easy to see why given the pure class he demonstrates when in possession.

Predicting it now. Bruno Fernandes will be a star in the Premier League

Before a ball had even been kicked, the battle on everyone's lips was VVD vs CR7. 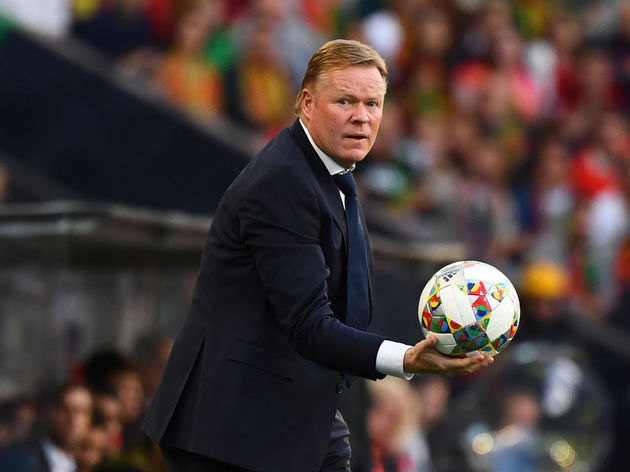 In a first half where Ronaldo was given license to roam all across the front line, the ​Liverpool man was doing a decent job of marshalling the 34-year-old, although it was up front where their real issues lied. Unable to forge any meaningful effort of note, Ronald Koeman had plenty to ponder over at the half.

Introducing Promes for the ineffective Ryan Babel saw the Oranje pose more danger up front, but the stats don't lie, with the Dutch unable to really trouble Rui Patricio. Koeman's final throw of the dice saw Luuk de Jong enter the fray and the addition of an out-and-out centre forward provided them with a much-needed target man, but it was too little too late.

Sadly Netherlands couldn't do it in the final. Portugal fully deserved the victory.

This is a young and exciting side that Koeman possesses, and while it proved too much for them on Sunday, they have the makings of a side ready for tournament success in the coming years.

Koeman's men struggled to create at the business end of the pitch, with Portugal weaving their way into dangerous positions throughout the match. Nevertheless, for all their struggles up front, when they were up against it, that man was there.

How many babies are going to be named Virgil in March 2020?#PORNED pic.twitter.com/GGnHD5iHmn

Van Dijk stood strong to the Portuguese barrage, keeping Ronaldo in check on more than one occasion and reaffirming to the world he is one magnificent footballer.

His outstanding positional ability makes defending seem effortless for him, almost nonchalant, as he blocked, cleared or controlled anything that came in his way.

Portugal now face a three-month wait before their next international fixture when they take on Serbia in Euro 2020 qualifying.

The same applies for the Netherlands, as they wait three months before a mouthwatering clash with Germany as they bid to qualify for next year's European Championships.