​Milan are willing to listen to offers for midfielder Franck Kessie but will not consider bids below the region of €30m.

The Ivory Coast international is not considered indispensable by the Serie A club and I Rossoneri could look to make a quick buck by selling him to help meet Financial Fair Play demands. 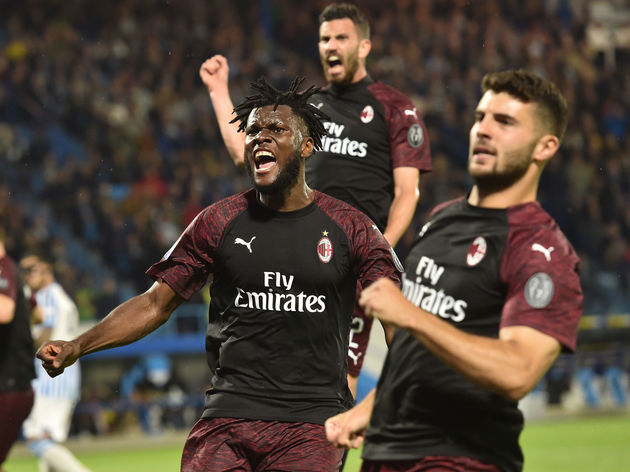 The 22-year-old has earned plenty of admirers for his box to box style of play and has been one of Milan's main goal threats during his two seasons at the San Siro, scoring 12 goals in 71 Serie A appearances for the Italian giants.

However, his end to the 2018/19 season was marred by an altercation with fellow Milan midfielder Lucas Biglia. The pair were involved in a heated argument after Kessie was substituted during the loss to ​Inter in March and the Ivorian ​met with then Milan manager Gennaro Gattuso to discuss the ruckus.

Kessie a @MilanTV sull'episodio con Biglia: "Mi sono lasciato andare con Lucas ma abbiamo chiarito. Chiedo scusa a tutti"
Franck Kessie reflected on the episode with Biglia: "When I came off, I took it out on him, but we've cleared things up now. I apologise to all".#MilanInter pic.twitter.com/97RqpMdybN

Arsenal are on the hunt for a new central midfielder following the departure of Aaron Ramsey to Juventus and have been linked with Fiorentina star and former Aston Villa player Jordan Veretout.

Tottenham have been linked with Tanguy Ndombele, Bruno Fernandes and Giovani Lo Celso in recent weeks but may look to reignite their previous interest in Kessie should deals for the aforementioned trio fail to materialise.