Manchester City forward Tessa Wullaert has revealed that she enjoyed her ‘challenging’ debut season, and described her excitement for the Women’s World Cup.

Wullaert was speaking at the launch of BCW’s #WorldAtHerFeet report, which looks at the key developments and potential improvements in women’s football. The Belgian forward spoke about her experiences at Manchester City and of English football so far, having joined from Wolfsburg last summer.

Fascinating to hear the thoughts of experts from the women's game, including Manchester City and Belgium player Tessa Wullaert. #WorldAtHerFeet pic.twitter.com/1Wymb089Xg

Speaking to ​90min, Wullaert said: “It has been great, it was a challenge as well because City didn’t win any trophies last season. I thought ‘This might be the first season where I will not win anything’, but luckily we won two cups, so it’s been great and I’m looking forward to next season.”

Despite narrowly missing out on the Women’s Super League title to Arsenal, Wullaert enjoyed a fantastic debut season with Manchester City. The 26-year-old won a domestic cup double, helping the Citizens to win the Continental Cup and FA Cup.

Wullaert also spoke about the positive change in atmosphere at City and answered some quick-fire questions about her teammates - praising captain Steph Houghton and Demi Stokes, before revealing her thoughts around the club's brightest prospect.

“I think the environment and how people treat and communicate with each other is more connected than how we do it in Belgium," she continued. 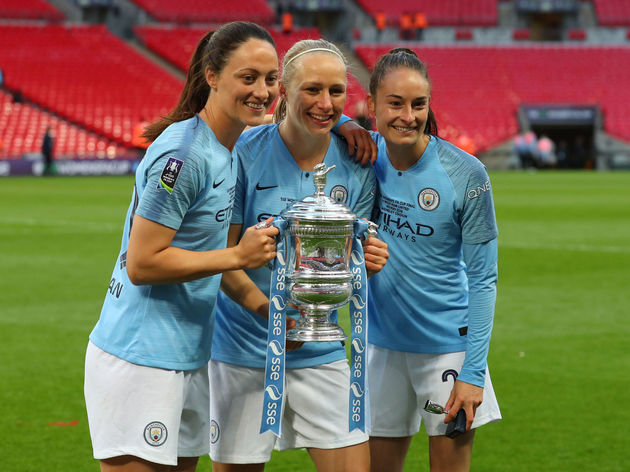 “In Germany it was much harder with all the rules- Here I have a better communication with the coach [Nick Cushing] and with the staff, they’re more open with discussion. For me it’s really important to talk about football, I get a lot more trust here at Manchester City with the coach.

“I think my captain [Steph Houghton] is a really good defender, one of the best I’ve seen. I’m an attacker, so I wouldn’t want to attack against her [Stokes].

“From my perspective we have Georgia Stanway. She’s 19; she’s got the best shot I’ve ever seen. Of course there’s still a lot that can happen but I hope for her that she stays as she is and she gets the career she deserves.” 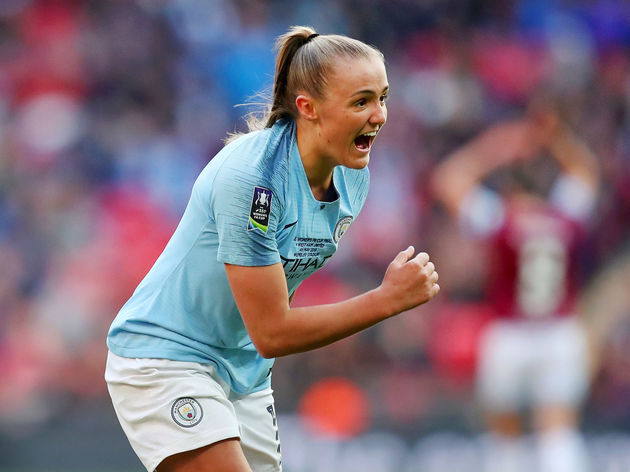 With the Women’s World Cup now underway, it has been a bitter pill to swallow for Wullaert. The Belgium international narrowly missed out on this summer’s tournament, after the Belgian Red Flames lost their playoff semi-final on away goals to Switzerland.

So it will have been little consolation that, just a couple of days after her interview, Belgium cruised past World Cup participants Thailand in a 6-1 pre-tournament friendly win.

Wullaert scored and pulled the strings for the Red Flames during another fantastic performance, also being awarded the Belgian Gouden Schoen (golden boot) before kickoff.

Finally mine and finally I can thank everyone who’s been involved in this season’s success, but also throughout my career, this one’s for you! ✨ #gs2018 #grlpwr pic.twitter.com/J3l1aji5Wx

Offering her thoughts on the tournament, she said: “I’m looking forward to it, I’ll follow it from distance because it’s still painful not being there and seeing my teammates there, but I’m really happy for them of course.

“There are a lot of good teams, but I think it will all come down to the details, like who is strong on corners, who has a strong bench, who will keep the players motivated and fit.

“There are a couple of strong teams- the US is really good physically, I’m really excited to see them compete with France, Germany, England. Maybe another team will come as an underdog- in the Euros no one thought Austria would get to the semi-finals so it will be exciting to see.” 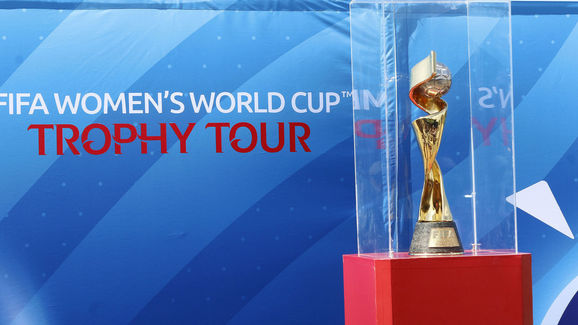 After an exciting season for club and country, Wullaert has a lot to look forward to next season. She will be eager to build on from her outstanding season for the Citizens and the Belgium Red Flames, as well as pushing on for even more glory.

Tessa Wullaert was speaking at the launch of the #WorldAtHerFeet report, which was unveiled by BCW at a debate in London on 29 May with football stakeholders and media present for the presentation of the findings.