2019 Women's World Cup: 9 Mouthwatering Group Games You Must Not Miss This Summer

The 2019 FIFA Women's World Cup starts on Friday (7 June) and it promises to be the biggest and best celebration of women's football the world has ever seen.

Mark your calendars, because these are nine group games you don't want to miss... The opening game of the tournament is a sell out as hosts France look to begin their tournament with a win against a South Korea side that must not be underestimated.

France are one of the sides expected to challenge for the trophy, but this will not be the one-sided walkover that was the opening game of the 2018 Men's World Cup when Russia hammered Saudi Arabia by five goals to nil this time last year. On paper, England versus Scotland should be a mismatch, with the former one of the pre-tournament favourites and the latter competing on this stage for the first time. Yet there could be much more to it than that when Group D gets underway three days in.

The rivalry could bring out the best in Scotland, while England have looked less than polished in their last four warm-up games stretching back to April. That being said, England ran out comfortable 6-0 winners when the countries met in Euro 2017 only two summers ago. 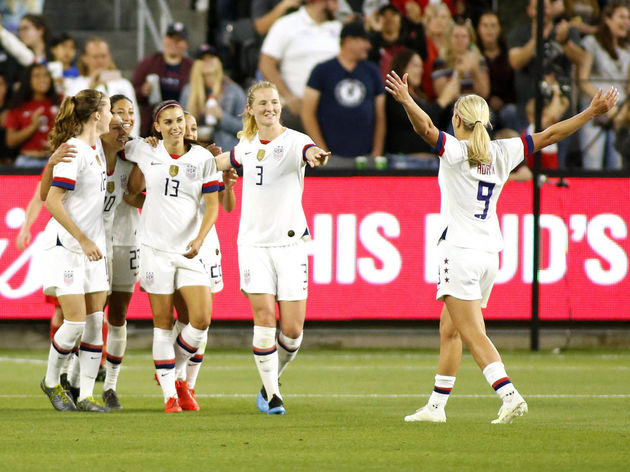 The World Cup holders will begin the defence of their title against Thailand in the final game of the opening round of group stage fixtures.

The result of this one should not be in question, with the United States top of the world rankings and Thailand only at their second World Cup ever. But the American team is filled with so much quality that it would be rude to miss their first game. Germany and Spain would both be expected to win their opening games against China and South Africa respectively, but what will be interesting to see is the level that the Spaniards are at when they face the second best team in the world in their second game.

Two games to begin against challenging - if not elite - opposition will be a greater test for Germany than four years ago when they won 10-0 against Ivory Coast in their opening game. Australia are not to be ruled out of contention to win the whole thing and should top Group C, certainly if they get the better of Brazil in their second game of the tournament.

Brazil are on an absolutely appalling run of nine straight defeats stretching back to last summer, yet they still possess numerous excellent players, including reigning Best FIFA Women's Player of the Year Marta, and ought not to be underestimated. The clash between Japan and England in Nice as the first round of the competition comes to its conclusion is likely to determine who finishes top of Group D, which will in turn decide which side of the knockout draw each country goes into.

England comfortably beat Japan 3-0 when the sides last met in the SheBelieves Cup earlier this year, but both sides were somewhat weakened by experimentation and rotation. Another likely decider will take place on the last day of the opening phase when Netherlands take on Canada in Group E, pitting the European champions against FIFA's fifth ranked team.

Canada have been noted for their ironclad defensive record this year, conceding just one goal in their last nine games, a run that has included clean sheets against World Cup qualifiers Norway, Scotland Sweden, England and Spain, while the Dutch have a dazzling attacking lineup. Sweden versus the United States is one of the great modern rivalries in women's international football, with the pair of traditional heavyweights drawn in the same group for the fifth consecutive World Cup, having remarkably been together in 2003, 2007, 2011 and 2015.

This is also the first competitive meeting between the two since Sweden knocked the United States out at the quarter final stage at the 2016 Olympics and denied the Americans a medal for the first time since women's football became an Olympic event.