Premier League 2019/20: Assessing Who Can Break the 'Big Six' Next Season

​Something big is happening, something very big, and those at the top of the Premier League should be concerned.

Newcastle United, Everton, Leicester City and Wolverhampton Wanderers are poised to break the monopoly that the top clubs hold over the other 14 sides in the English top flight. Whether it be through savvy coaching, heavy investment or a blend of both, this confident quartet have readied themselves to challenge the authority of their rulers.

Which game are you most looking forward to? pic.twitter.com/v15Gdirkgq

​Manchester United should be worried, as should ​Arsenal, ​Tottenham Hotspur and ​Chelsea. If they're not adequately prepared - both physically and mentally - then even runaway pair ​Liverpool and ​Manchester City have something to consider.

Here's each contender's chances of infiltrating that elite group of teams and pushing for ​Champions League football. It took the ​Magpies 11 league fixtures to register a single victory last term. It came in November, when already the nights were long and the days were cold. How does a team like that bulk up into a heavyweight in the space of nine months?

The much-maligned Mike Ashley's reign at St James Park is nearly over, the Toon Army's nightmare is coming to an end, hopefully. The Sheikh Khaled era could be soon to begin, with the billionaire promising manager Rafa Benitez a titanic war-chest to weaponize his squad.

The Spaniard is a marvellous tactician, proving his skills across Europe. That he ultimately secured Newcastle's survival with relative ease demonstrates his abilities; on a shoe-string budget with a distinctly-average collection of players, that is an impressive feat. Imagine what he could do with a handful of carefully selected, quality acquisitions.

Still, these things take time. If the northerners can get their business done smoothly, they are leaving themselves in a strong position from which to mount a challenge. Maybe they won't quite reach the requisite levels in 2019/20, but they can kick-start a remarkable revival and continue their progress into the following campaign. 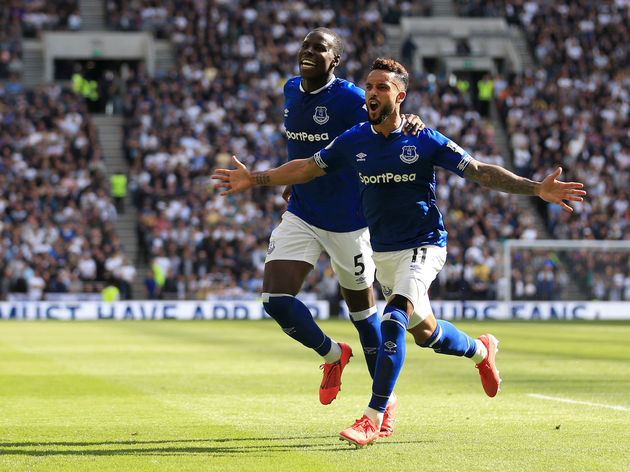 The most decorated side on this list, the ​Toffees are something of a sleeping giant, incessantly frustrating their supporters with sub-par performances each term. They will be hoping that things will now click into place and an entire season can be navigated without any extended period of poor form.

Marco Silva is the astute mind that can turn potentiality into actuality, especially with the talent littering his squad. Gylfi Sigurdsson was unplayable at times last campaign, Michael Keane finally looks assured and composed, and at just 22 years-of-age Richarlison is a star in the making.

The closing months of 2018/19 proved the Merseysiders can produce sparkling displays on the pitch and mix it with the big boys; Arsenal and United were both beaten at a canter, whilst an engaging 2-2 draw with Spurs was a delightful way to bring the curtains down.

It's all about consistency for Everton. Find it and they will be genuine contenders. So, how do they go about doing it? The key is mindset - if this group genuinely believe they can pull off this remarkable achievement, the likelihood of doing so goes through the roof. Unfortunately, fostering such an attitude is a process that requires time, painstaking effort and an understanding of the characters he is dealing with. If there's one thing that ​Leicester have it's that buzzword again - belief. Everton may need to work on that, but a club that won the title as recently as four short years ago needs no reminding that football is all about defying the odds.

They've got the right outlook, then. They also have a bustling band of would-be world-beaters, unfazed by the prospect of facing a side like City or Liverpool. Just look at the host of issues they caused the former during their clash at the Etihad Stadium in May.

James Maddison, Ben Chilwell, Wilfred Ndidi... the list of exciting young footballers plying their trade with the Foxes goes on. They are fearless and fearsome, employing a system under Brendan Rodgers that would trouble any opponent.

There is little you can do against blistering pace, unwavering belief and superlative talent. Under the guidance of their calm, collected coach, this plucky outfit are likely to claim some sizeable scalps in the near future. However, they may also need another campaign under the Northern Irishman before they are firing on all cylinders. 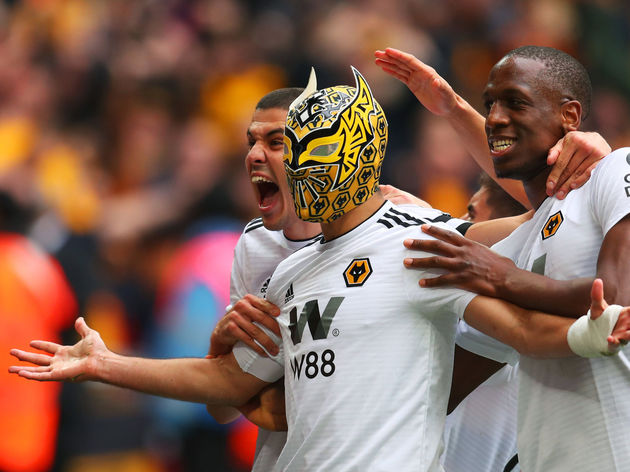 Who would have thought that the ​Wanderers would steal the hearts of ​Premier League viewers, that Nuno Espirito Santo's men would become the darlings of English football? Certainly not me, though I now fully expect them to oust one of Arsenal or the Red Devils - if not both - this coming year.

Gunners boss Unai Emery is allegedly being given a measly £40m budget for new signings this summer, whilst United are in a state of disarray both on and off the pitch. These two are weak and wounded, easy prey for a pack of hungry wolves.

They amassed 16 points against the top six sides in their first season back in the promised land, showcasing their proficiency as a whole unit. They're undoing was playing supposedly-lesser sides, a problem that shouldn't be too difficult to fix with some adjustments from Nuno.

If that is done and they collect the extra points, they should really be in amongst it having qualified for the Europa League last time out. With only the newly-promoted, recovering ​Aston Villa near them geographically, there is a huge area of the country for Wolves to establish themselves in, in turn earning them new supporters and cementing their authority.