Che Adams: 5 Things to Know About the Everton and Southampton Transfer Target

With Premier League spending likely to go through the roof again this summer, clubs could opt to poach young emerging Championship talent rather than spend big sums on household European names.

Birmingham City's Che Adams attracted interest from Southampton during the January transfer window, while Everton have also been linked, but the Blues rejected the Saints' approach due to their inability to replace the striker because of a transfer embargo.

The 22-year-old has a host of clubs chasing his signature after scoring 22 goals last season but Birmingham are reluctant to part ways with their prized asset cheaply, especially with young homegrown strikers proving tough to come by.

Here are five things to know about the English striker who could be playing in the ​Premier League next season...

He Flourishes Alongside a Target Man 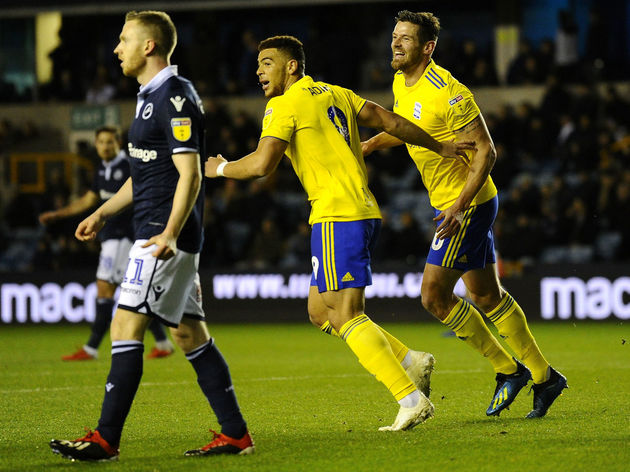 Between the two of them, they managed 52 of Birmingham's 64 goals and Jutkiewicz's presence and hold up play created space for Adams, who was able to latch on to flicks from his strike partner with his blistering pace.

Unlike Adams, the 30-year-old, who scored ten and laid on a further 14 last season, has one year left on his deal at St Andrews.

Early Rejection Made Him Stronger Born in Leicester, Adams grew up playing as a midfielder-cum-striker who spent time in Coventry City’s academy before being released. So he joined local side St Andrews and then moved on to Oadby Town, for whom he represented as a 16-year-old.

At 16 he went to play men’s football for Ilkeston Town in the Northern Premier League, where he earned a call up to the England C squad.

He was reportedly watched by 45 scouts at an Ilkeston home game, with Newcastle, Sunderland and Rangers all keen, before Nigel Clough managed to sign the youngster at Sheffield United.

Adams' journey up the lower emblems of the footballing pyramid has shown similarities to the path taken by Jamie Vardy.

His Future at International Level Is Still Up in the Air Adams, whose father is from Antigua, was invited to join the Antigua and Barbuda squad for Caribbean Cup qualifiers in October 2014, but decided against accepting the invitation.

He was called up to the England Under-20 squad for two matches against the Czech Republic in early September 2015.

Adams also qualifies to represent Scotland through a maternal grandparent. He was approached by the Scottish Football Association in 2017, initially to consider playing for Scotland Under-21s, and later for a senior friendly in November, but was not willing to commit himself at that time.

A Premier League move this summer and a successful start to top flight football could see Adams play his way into the thinking of England boss Gareth Southgate.

He Has the Physical Attributes to Thrive in the Premier League Adams decided last season that he wanted to become more physically imposing on opposing defences and improved his fitness levels to ensure he finished matches strongly.

He has also benefitted from the fitness regime Monk has implemented at Birmingham since he took charge in March.

Birmingham's number nine was prolific last season but his willingness to improve in both physical and technical departments will make him an appealing acquisition for Premier League managers this summer.

Adams' pace, power and strength could suit sides that are set up to counter attack but also teams that are eager to press from the front and win the ball high up the pitch. After becoming the first Birmingham player to score 20 in a season since Steve Claridge in the 1994/95 campaign, Adams' achievements were recognised at the club's end of season presentation night.

He won both Players' and Supporters' Player of the Year Awards, although Jutkiewicz ran him close for the latter, and his strike in a 3-3 draw with Swansea in January was named Goal of the Season.