A Cristiano Ronaldo hat-trick saw Portugal qualify for the inaugural Nations League Final, as they beat Switzerland 3-1 on Wednesday night in Porto.

Switzerland could've taken the lead on numerous occasions, with Xherdan Shaqiri and Haris Seferović each missing a string of chances. Cristiano Ronaldo then missed his own big opportunity, as he scuffed his shot wide after Manuel Akanji's pass was intercepted.

Portugal took the lead after 25 minutes, thanks to a smart free-kick from Ronaldo. The free-kick was awarded despite Kevin Mbabu winning the ball, and without any complaint Ronaldo assumed duty and struck the ball home to put the Selecao das Quinas in front.

The second half began with huge drama, as VAR came into action for the first time. First, Switzerland appealed for a penalty as Nelson Semedo clipped Steven Zuber. As the advantage was played, Portugal went up the other end and were awarded a penalty of their own. 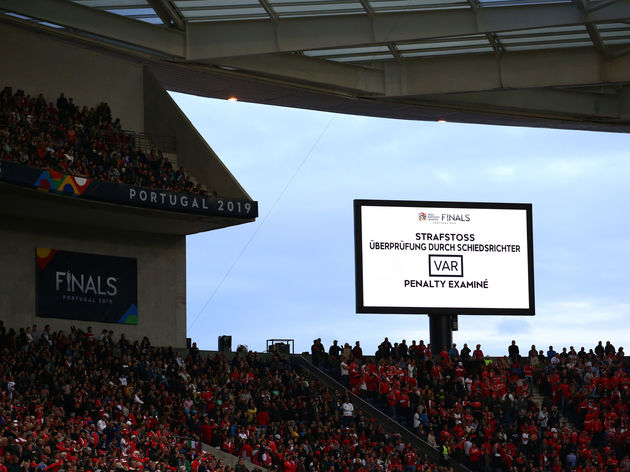 However, after a VAR check referee Felix Brych reverted his decision to award a penalty for Portugal, and instead gave a penalty to Switzerland. Ricardo Rodríguez stepped up, and kept his cool to fire home and deservedly draw the Schweizer Nati level.

In the 88th minute, Ronaldo picked up the ball on the edge of the box and swept home emphatically to restore Portugal's lead. Just two minutes later and Ronaldo had his hat-trick, as a sublime piece of footwork and a beautiful curling finish sent Portugal into the final. Portugal had all the momentum behind them, and frankly Ronaldo's goal was coming. They cut open Switzerland's defence every time they went forward, exploiting their makeshift back three. They went into half time with a strong lead, and were so close to doubling it in the second half.

The VAR decision proved to be a gamechanger, and instead of the Selecao taking a comfortable 2-0 lead they were back on level terms. As soon as Switzerland drew level the hosts lost their momentum, and suddenly found themselves on the back foot once again.

Nevertheless, Portugal didn't give up and fought harder and harder with each attack. In the end, two goals in the last two minutes from Ronaldo did the job, as the Selecao got the job done and secured their place in the final on home soil.

STAR MAN - When ​Cristiano Ronaldo is on the top of his game, there is only so much that the Swiss could've done. While he didn't settle into the game straight away, his opening goal in the form of a free-kick got him going. He continued to create chances, leading Portugal's attack.
However, when Portugal needed him most in the dying minutes he showed up. Two stunning goals in two killer minutes was all he needed, as Ronaldo produced an absolute masterclass to open the Nations League Finals in style. 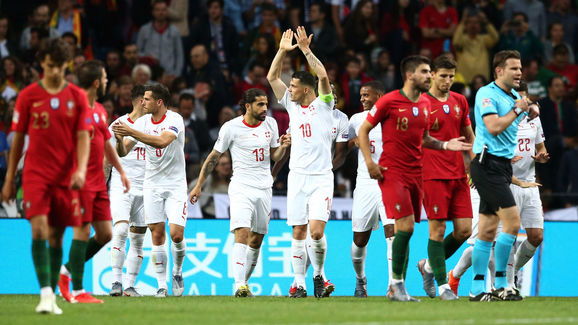 Switzerland played very well throughout the first half, creating a number of big chances. However they couldn't capitalise through Shaqiri and Seferović, and their vulnerable defence resulted in Portugal going into the break in front.

Nevertheless the Schweizer Nati fought on, and deservedly drew level. As soon as Rodríguez made it all square, the Swiss became rejuvenated and took control of the game again. The equaliser woke them up and gave them a lifeline, as they fought their way back.

After a wonderful performance, a collapse in the final minutes of the game saw the Swiss edged out in Porto. It was a fantastic performance from the Schweizer Nati, one that they should be thoroughly proud of, but it wasn't to be as they fell at the hand of the hosts. 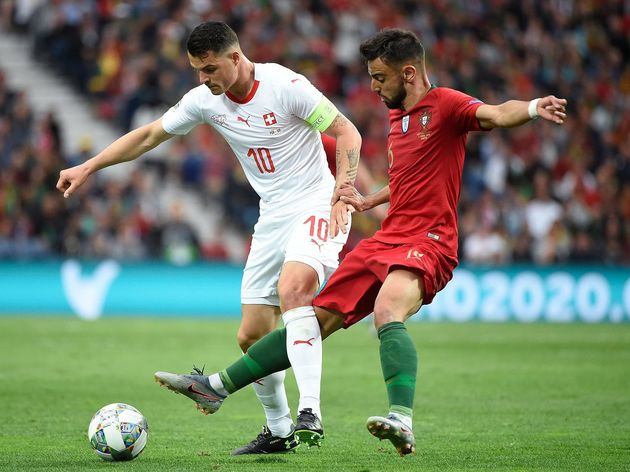 ​Portugal have now booked their berth in the first ever Nations League Finals, which will be held on Sunday in Porto. They will face England or the Netherlands, who play in the second semi-final on Thursday.

Switzerland will contest the third place play-off on Sunday, facing the loser of Thursday's clash. They will travel down to