The only to win consecutive Women's World Cups, doing so in 2003 and 2007, Germany have traditionally been one of the strongest nations and are always among the contenders at any major tournament, whether it be a World Cup, European Championship or Olympics.

But Schult and her teammates know that the competition is much fiercer these days and that France '19 will provide a tremendous test if they are to emerge victorious. "The other nations have caught up and are trying to bring women's football forward. We have not gone backwards, maybe just a little bit...many nations that are challenging us have caught up. I hope we can keep them behind us," the Wolfsburg stopper told 90min.de.

"The current title holder USA is the favourite [at the World Cup]," she added.

"There are also many emerging nations, such as Japan, Brazil, Canada, Australia. Of course we [Germany] also belong, as second in the world rankings. We should not hide, but we are also in a bit of upheaval with the new coach." [Martina Voss-Tecklenburg was only appointed this year].

Schult also named Netherlands and Norway as 'surprise' contenders, and even picked out Scotland as a team to watch because of their 'fight-oriented style of play'. The 28-year-old didn't even mention England, just one place behind Germany in the FIFA rankings. 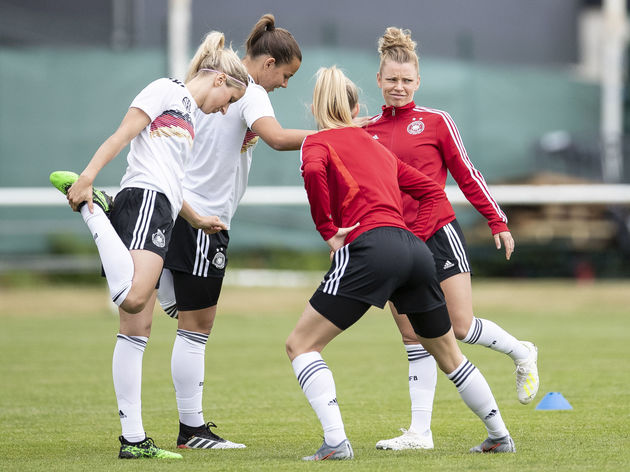 As far as the general growth of the women's game is concerned, Schult believes that goalkeeping, previously a common criticism from cynics, has significantly improved.

"The women's goalkeeping game has developed so that we have become more athletic, that we need to be able to play more football, that we also have more control of the penalty area," she said in a separately published part of the interview with 90min.de.

"Of course, there is a lot more potential. [Goalkeeping] has also seen a clear development in the men in the last ten years, in technology and in tactics. This is now happening for the women too.

"There are now very good goalkeepers, but also a big difference between the top three goalkeepers in the Bundesliga and the two worst. There is a bigger discrepancy than with men." Schult doesn't like comparing herself to particular male players, explaining, "I do not like that, others should do that. I always try to look at what I like and what I think is bad [to improve]."

She knows that comparisons with male players are unavoidable, but she also believes that if people are making those comparisons between women and men, at least they are taking notice.

"I think that if someone compares, it means they are interested. That's good. As long as women's football is being talked about, I think that's very good," the 2016 Olympian explained.

"As far as comparisons are concerned, you will not be able to stop it, that's always the case. You have to accept that women's football is another sport." Bayern Munich president Uli Hoeness has declared in the past that the revenue in women's football is 'close to zero' and therefore has to be subsidised by the professional men's clubs. Schult agrees that the women's game doesn't bring in much money, but is adamant that it can be commercially successful in due course with better opportunities, regularity and marketing.

"He is right," Schult says. "It's just that women's football does not have the platform yet. But I also believe that we are not getting the right stage.

"We do not have a fixed TV channel or a fixed playing time. How can you present yourself and attract viewers when there is no regularity? That's often a problem.

"Men's football has not grown by itself, there was always someone with an idea or a sponsor. It's the same in every business: you sometimes have to invest something for a benefit years later. Success does not come from one day to the next - it takes years of continuous work to become interesting and attractive to football fans," she explained. "There are still so many blockages in that women's football was banned for so long. That's why some people do not agree or dismiss [female players] from the outset because they have the mindset of 30 years ago. Women's football is now very modern and very fast, you have to bring it to the people. I hope more fans come and just give us a chance. It's just about opportunities."

The two-part exclusive interview with Germany international Almuth Schult was originally published in German by 90min.de - Part I and Part II.