​Southampton have agreed a £14m deal to sign Standard Liege winger Moussa Djenepo, with the Mali international set to undergo a medical on Wednesday.

Djenepo has been on Southampton's radar for a number of weeks after he enjoyed an impressive season in the Belgian Pro League, and he now appears set to become Ralph Hasenhuttl's first signing of the summer.

News of the deal comes from the ​Daily Mail, who state that the £14m fee has already been agreed between both clubs, and Djenepo will soon undertake a medical ahead of finalising the deal.

Hasenhuttl is eager to rejuvenate his attacking line at St Mary's Stadium, as he looks for versatile players who are capable of making an impact from a number of different areas on the pitch. 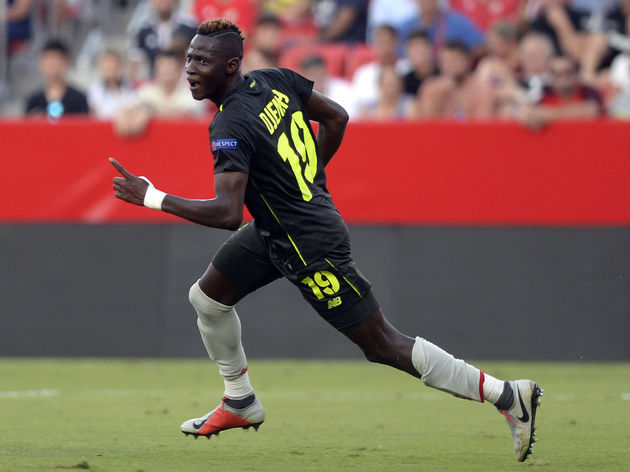 In Djenepo, they hope to have found exactly that. Predominantly a left-winger, he has also been used both on the right and as a central striker for Standard Liege, on his way to racking up 11 goals and six assists last season.

If all goes according to plan, the Saints hope to tie up a deal for Djenepo as soon as possible, before moving onto a number of other targets.

​Birmingham City starlet Che Adams is also thought to be high on their wish list, as is ​Everton's ​Ademola Lookman, who is valued at around £20m. ​Liverpool winger Harry Wilson has also found his name linked with St Mary's, although Hasenhuttl recently admitted (via ​Sky Sports) that fans should expect a difficult summer as he looks to rebuild the squad with limited transfer funds.

To raise money, the Saints may be forced to sell some players and, given Hasenhuttl's desire to sign new forwards, it could be his current crop who find themselves nearing the exit door. Guido Carrillo, Sofiane Boufal and ​Charlie Austin have all been linked with moves away from the club, as Hasenhuttl looks to ensure they are not embroiled in a relegation battle next season.