Bayern chief executive Karl-Heinz Rummenigge revealed earlier this week that James himself had asked for the permanent option not be taken up.

"Activating the option now against his will makes no sense," he explained.

"I am very grateful to the club & the fans, who always showed us tremendous support. It's been an unforgettable two years in Munich & I have always felt happy here. I will treasure all the memories I have of my time here & I wish #FCBayern all the best for the future!"

James endured injury problems in both his seasons in Bavaria and managed just 20 Bundesliga appearances in 2018/19. However, he remain grateful for the opportunity to play the club.

"I am very grateful to the club and the fans, who always showed us tremendous support. It's been an unforgettable two years in Munich and I have always felt happy here," he said. "I will treasure all the memories I have of my time here and I wish Bayern all the best for the future!"

The 27-year-old Colombian will return to parent club Real Madrid, where he still has a contract until 2021, although it remains to be seen if he will actually be playing for them next season.

Prior to his loan to Bayern in 2017, James had been regularly paraded around Europe by his representatives, seemingly unable to find a taker for a player who had won the Golden Boot at the World Cup and the Puskas Award just three years earlier. 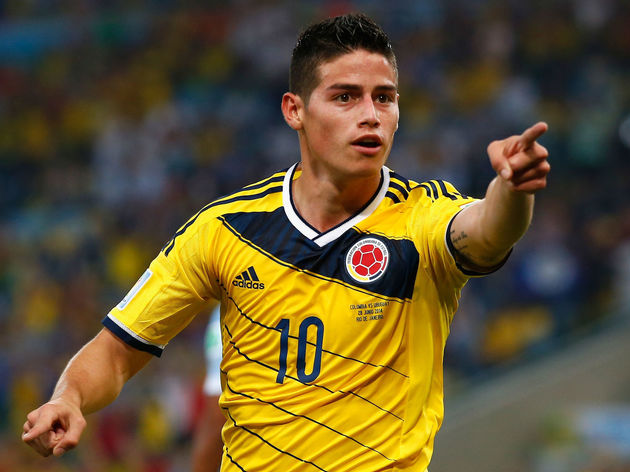 Having failed to restore his reputation during his time at Bayern, James may now encounter a similar problem. Certainly don't be surprised to see his name linked with every major Premier League between now and August, although the likelihood of him actually joining one is slim.