So, with the Frenchman looking to take his career to the next level, here are some things you should know about the 'Bulldozer'. Would Be a Great Backup Goalkeeper Although Haller has obviously set his sights on becoming an elite striker, he could come in handy if called upon between the sticks (flashback to that Rio Ferdinand moment).

Whilst talking to ​Goal, the forward explained that he was often called upon to put on the gloves for penalty shoot-outs as a youngster, but thanks to his ability as a forward he was allowed to stick to scoring goals. 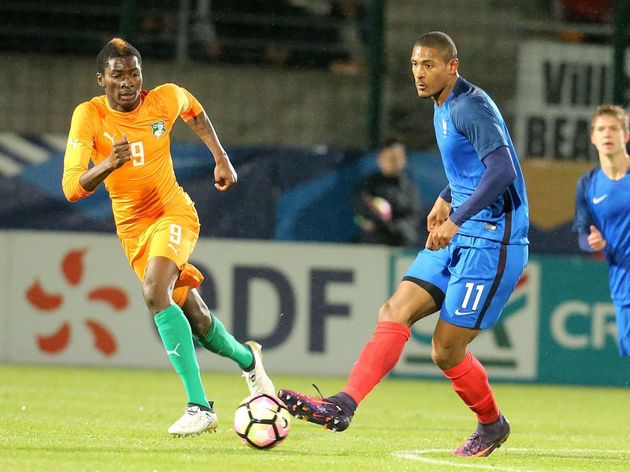 "It was a natural choice. It's the country that adopted my mother, so there was no hesitation."

The ball's in your court Monsieur Deschamps. Leading the list of possible suitors for the striker are West Ham, who are desperately looking for striking reinforcements after flogging ​Marko Arnautovic to China, Lucas Perez to Spain and Andy Carroll to the job centre.

"At the moment, I'm in Frankfurt, and I am very happy here. The Europa League contributes to this. It has already given me great moments and memories."

The ​Hammers are looking to push on under Manuel Pellegrini and secure European football, which will likely be a deal breaker for Haller if he is to further his career as planned and break into the senior international setup.