played the full 90 minutes only seven times in his first season at Anfield, including the spectacular 4-0 win against Barcelona. After he failed to make it off the bench for Liverpool's Champions League final win on Saturday night, there were further rumblings that Shaqiri could be moved on this summer.

However, the player himself has declared his desire to remain with the European Champions, insisting that he is happy in Liverpool despite not being chosen to play against ​Tottenham.

“I’m at ​Liverpool FC, the best club in Europe,” ​Shaqiri told ​Goal. "The manager has many good options and has to decide who can play. I knew before my transfer that the competition here is very tough. 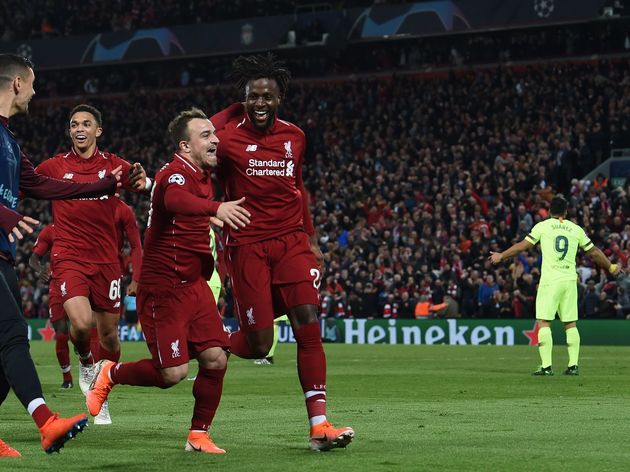 "I have a long-term contract and I definitely will stay."

He faces a tough competition against Mo Salah, who is occupying his favourite spot on the right wing and has seen his first-team opportunities severely restricted.

The winger often plays the role of an impact sub in Jurgen Klopp’s set up and has contributed six goals and five assists in all competitions this season. One of those assists put Liverpool level in their tie against Barcelona in the ​Champions League semi-final.

The former ​Bayern Munich player - who also won the Champions League in 2013 - added: "It's a special moment for me standing here with the gold medal again.

"I'm just proud and happy. I think I contributed my part to the title."

Shaqiri, who has a contract with Liverpool until 2023, will now turn his focus to international duty with Switzerland and the next opportunity for silverware as they take on Portugal in the semi-final of UEFA Nations League on Wednesday 5 June.