Arsenal Transfers: How Unai Emery's Team Could Look in 2019/20

​Defeat to Chelsea in the Europa League final spelled the end of what many fans will describe as an underwhelming season for Arsenal.

A fifth place finish with no trophies to their name could only have looked worse if rivals Tottenham Hotspur had lifted the Champions League trophy.

With major reinforcements needed, rumours suggest that Unai Emery will have around £40-50m to spend on recruiting new players, making Arsenal's transfer budget less of a war chest and more of a piggy bank.

Therefore the Gunners may be relying on the sale of current players to fund an overhaul of their squad, with the likes of Shkodran Mustafi, Laurent Koscielny and Mesut Ozil all linked with moves away.

Whilst taking into account the players that ​Arsenal have been linked with already this summer, let's take a look at the best possible lineup for the Gunners come the start of the 2019/20 season. ​No changes necessary between the sticks. Leno has performed solidly throughout this season since coming in for Petr Cech at the beginning of the campaign.

The odd shaky moment here and there are not enough to tarnish the reputation that the German has built up this year. Aged 27, you can expect Leno to hit the peak form of his career in the next few seasons.

The strongest rumour of Arsenal's summer so far has linked them with Paris Saint-Germain right-back Thomas Meunier. Emery worked with the Belgian during his time at PSG, and is now looking to bring him to the Emirates amid rumours that the French club are ready to sell the 27-year-old.

Available for around £25m, Meunier would be an excellent replacement for Hector Bellerin who is expected to be out for some time with his cruciate ligament injury.

With Laurent Koscielny virtually playing this entire season on one leg, Sokratis has been a steady rock in Emery's back line this year. Showing on many occasions that he has the fight (literally, at times) to get the Gunners over the line, the Greek international is worthy of keeping his spot in the team.

Sure, we'd all love to go out and buy Matthijs de Ligt or Kalidou Koulibaly, but securing those players would cost Arsenal more than double their overall transfer budget. Sokratis provides the safe, and most importantly cheap option in this back four. 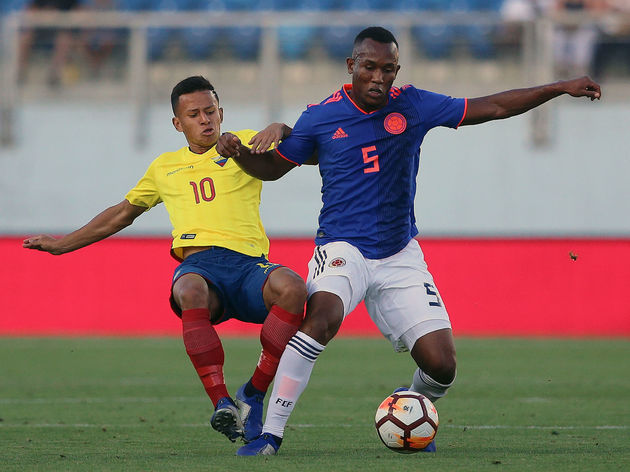 ​More a signing that will excite the board than it will the fans, as FC Basel's Balanta could be available at a cut-price £4m. That said, the Colombian international boasts many of the qualities that could make him a success in the ​Premier League.

The left-footed centre-back would add a nice balance to Emery's back four - a balance they have lacked in recent years. Basel lost just one game in 2019 and Balanta played a big role this run. Adding this man to their ranks could make the Gunners a lot harder to beat next season. ​​Kolasinac is rarely mentioned in conversations about the best full-backs in the Premier League, but the Bosnian has been one of Arsenal's most consistent performers this year.

The left-back continually caused trouble down Chelsea's right-hand side in the Europa League final, and was unlucky not to pick up an assist. No reinforcements are needed in this area, with Nacho Monreal providing perfectly capable backup. ​The all-action Uruguayan has been brilliant in his first season since joining from Sampdoria last summer. Aged just 23, Arsenal can, and should, build their midfield around Torreira.

If Emery can continue to develop the defensive midfielder, the Gunners could have their hands on one of the best midfielders in the Premier League.

Another young player who has shone for the Gunners this season. Despite a shaky start, the Frenchman has settled very well into Emery's team and established himself as a reliable member of the squad.

At 20 years of age, Guendouzi will only get better and could form a long-term partnership with Torreira in the middle of the park. The Belgian has recently been the subject of a rumoured bid from Arsenal, and it looks like this transfer story won't go away. With Aaron Ramsey on his way to Juventus on a free, Praet would be a suitable replacement.

The 25 year-old has been brilliant for Sampdoria this season, playing nearly every ​Serie A game for them in the process. With the likes of Ozil and Henrikh Mkhitaryan underperforming and possibly on their way out of north London, Praet would fit in well at the Emirates. 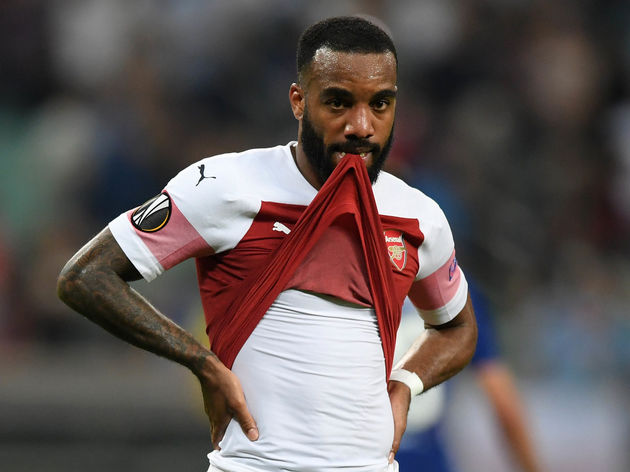 Not much explanation here. The only thing that will stop ​Lacazette lining up for Arsenal next season is if he chooses to leave.

Failure to qualify for the ​Champions League makes this more of a possibility, but with a contract until 2022, the Gunners should have no problem holding onto their player of the year. The same goes for ​Aubameyang. With two years left on his contract, the Gunners should be able to keep hold of the Gabon international for this summer at least.

That said, recent reports suggest the striker has been the subject of interest from two Chinese clubs, with both prepared to spend big to sign him. However, the forward still has plenty left in the tank, and you would think he would opt to continue playing in the Premier League. You've seen how well Fraser has linked up with Callum Wilson this season. Now imagine that partnership, but with Aubameyang or Lacazette.

The Scot has been continually connected with a move away from the Cherries, with Arsenal being a potential destination. The 25-year-old could really propel the Gunners forward line to the next level, and help them achieve a top four finish.