​Arsenal face a battle to keep hold of Pierre-Emerick Aubameyang this summer, with a number of Chinese clubs interested in signing him.

The Gabonese international won the Premier League golden boot last season in his first full campaign at the club, notching 22 goals to share the award with Liverpool duo Mohamed Salah and Sadio Mane. 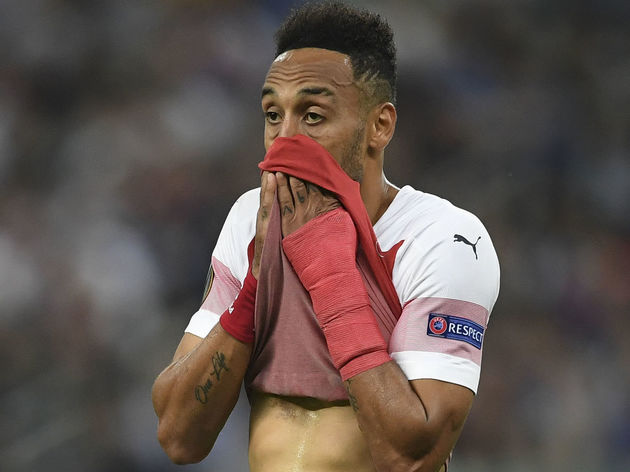 His goals weren't enough to fire the Gunners into next season's Champions League, though, with the Gunners wretched away from seeing their grasp on a top four finish slip away towards the end of the season.

As a result, ​The Times report that Chinese Super League moneybags Guangzhou Evergrande and Shanghai SIPG are interested in paying Aubameyang mega bucks to ditch the Premier League - with the soon to be 30-year-old potentially trousering an eye-watering £300,000 per week if he accepts.

Prior to his arrival in north London, ​Aubameyang almost joined Guangzhou for £62m, and also a saw a potential move to Tianjin Quanjian, worth a reported £71m, fall through in the 2017 summer transfer window.

Aubameyang in the #UEL this season = 

​Arsenal are unlikely to have any interest in selling Aubameyang, but find their position weakened after a humiliating defeat to London rivals Chelsea in the Europa League final last Wednesday in Baku.

The game was goalless at half time, but a second-half collapse saw the Gunners concede four goals in just 23 minutes - with Aubameyang an anonymous figure throughout the game.

He arrived at the Emirates Stadium from Borussia Dortmund for £56m in January 2018, and has scored 41 goals in all competitions from just 65 appearances.

He has formed a dangerous partnership up front with Alexandre Lacazette, but the duo have looked ineffective away from home - evidenced by Arsenal's unwanted record of eight away ​Premier League defeats last season.