​What a lovely three days it has been for Liverpool Football Club.

Saturday: the Reds comfortably see off Tottenham Hotspur in the Champions League final to add a sixth European Cup to their trophy cabinet. Sunday: 750,000 jubilant supporters line the streets of the city to celebrate the momentous victory in Madrid. Monday: the club celebrate their 127th birthday.

One hundred and twenty-seven years, 42 major trophies, thousands of magical moments, millions of passionate supporters around the world, one #LFC ❤️ #YNWA pic.twitter.com/FwlEkPFOBg

The glory days are back at Anfield following a barren spell in which the side wobbled both on and off the pitch. But, where does this triumph rank amongst all of the team's wonderful moments across their majestic history? "Rush... Barnes... Still John Barnes... COLLYMORE CLOSING IN!" The centre-forward's score finished off a wild encounter in which his team led twice and also trailed twice.

If you haven't seen highlights of this 1996 thriller then you are missing out on one of the most sensational games in the history of football. I will fight anyone who disagrees... well, I'll debate you, at least.

​Liverpool's trophy cabinet is packed to the rafters, but there are very few one-off matches that could rival the intensity of this one, that could trigger the same overawing rush of adrenaline. No, the Reds didn't claim any trophies this year, but they emerged victorious from the​ Premier League game of the decade. 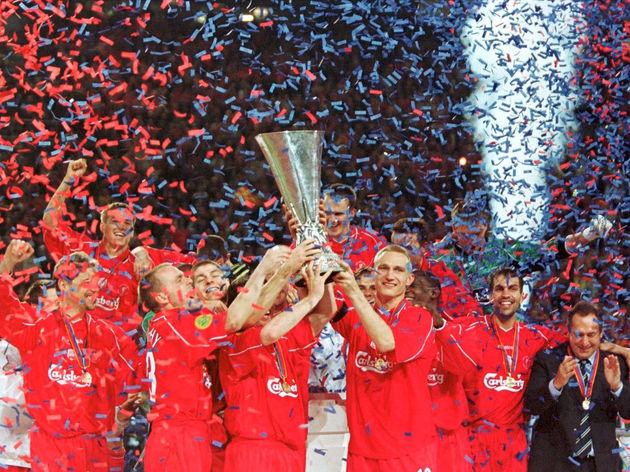 Ok, so the trio of FA, UEFA and League Cups isn't on the same level as the hat-trick of trophies ​Manchester United delivered in 1999, but it's still a sizeable achievement.

A penalty shootout victory over Birmingham City in the latter was hardly one for the ages, though the 2-1 defeat of ​Arsenal in the former is still talked about today. It was Michael Owen's final, the fresh-faced striker single-handedly overturning the Gunners' advantage in the closing stages.

However, Owen's sterling efforts are topped by the UEFA Cup showdown with Alaves, Houllier's side claiming a 5-4 triumph after an unfortunate own-goal from the Spaniards in extra-time. Liverpool's last league title - coming in 1990 - took them to double the amount second-placed pairing Arsenal and ​Everton had each amassed. Just take a moment to really consider how incredible that tally is.

Their supremacy was unquestioned, their players feared and respected across the globe. It would take arguably the greatest coach in the history of sport to dethrone the rampant Reds. Following Bob Paisley's retirement from management in 1983, the Merseysiders chose to promote from within, just as they had when Paisley himself had been handed the reins.

It was an inspired decision, the new man Joe Fagan bringing home another league title and league cup, as well as the club's fourth European Cup. Moreover, he secured the latter with a final victory over Roma in the Italian capital, the crowd harassing and howling at the 'visitors' for the entire game.

That's a pretty stunning treble, so why doesn't the achievement rank higher? It was the team's sixth top division success in eight seasons, their fourth consecutive League Cup triumph and their fourth European Cup in eight years.

A marvellous accomplishment, but the joy of the moment was perhaps slightly lessened by their ludicrous dominance (think ​Manchester City 2019).

Having fallen to ​Real Madrid 12 months ago in large part due to individual errors, Jurgen Klopp's recruits would have been desperate to make amends. They did precisely that, though they twice found themselves facing the prospect of another failure.

The Premier League runners-up first scraped through the group stages and then pulled off an unthinkable turnaround against tournament-favourites ​Barcelona, resurrecting their hopes with a phenomenal comeback from three goals down to topple the Catalans on a seismic night at Anfield. 2: The Miracle of Istanbul 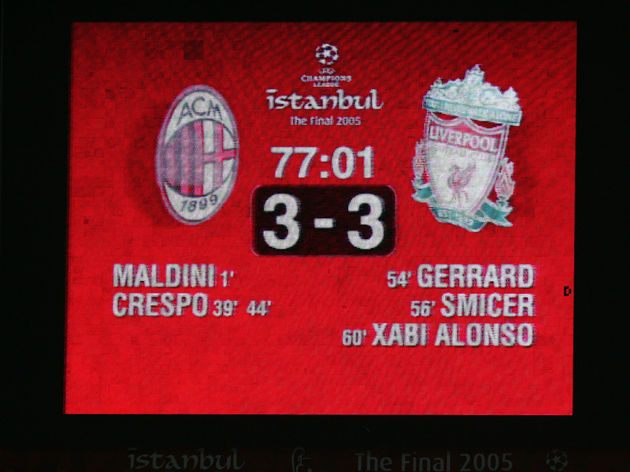 Before Rafa Benitez could even plan for a clash with Milan in the final, he needed a breath-taking volley from captain Steven Gerrard in stoppage-time against Olympiacos to reach the knockout stages.

Fast-forward to half-time in Istanbul. It's 3-0 to the Rossoneri. The Merseysiders look like they are dead and buried, shell-shocked, demoralised - pretty much anything except​ Champions League winners. We all know what happened next...

​​The drama on that night in 2005 tops what happened in this FA Cup final meeting with fierce foes Everton, though this was also a tremendous encounter. John Alridge's fourth-minute opener is cancelled out by a last-gasp Stuart McCall effort, sending the game into extra-time.

The Scotsman scores again to bring the Toffees level following Ian Rush's half-volley beyond Neville Southall, but the Liverpool forward has the final say with a decisive header.

However, it's not what happened on the field that makes this the club's greatest ever moment. The Hillsborough Disaster occurred just five short weeks before the final, making this game about so much more than football.

This meant everything to the supporters, players and anyone even remotely involved with Liverpool. It reminded them that, indeed, they would never walk alone.