Tottenham are already looking to bounce back after their Champions League Final defeat to Liverpool on Saturday night.

Hugo Lloris has admitted to putting thought into the possible changes that might occur in north London as Spurs look to bounce back next season in a similar way in which Liverpool managed to do after their own defeat in the final 12 months ago to Real Madrid.

Spoke with @HarryWinks post match, gutted for him. Was absolutely quality tonight.

Jurgen Klopp's Liverpool managed to banish those memories with victory over the weekend, and Lloris witnessed believes his Tottenham side can do the same after losing 2-0 to the Reds.

“It is difficult to compare both projects,” Lloris told the ​Mirror. “There is one club who sets out to win every competition in which they play... and that is not the case with ​Tottenham.

“We work and try to stick with the philosophy of the board, manager and the club. We look to improve every season and we have shown improvements year after year. So, we now cannot throw everything in the bin after a ​Champions League Final defeat. It’s been a big step for the club and the only thing we can look to do is come back stronger next season.”

Lloris also expressed his frustration with the team's overall performance during the final after they found themselves 1-0 down after a penalty was awarded to ​Liverpool after just 30 seconds. “It is always painful to lose a match like this,” he said. “We were a bit too timid and woke up in the final 15 minutes. It’s a shame. We could have done with showing more pressing and aggression to have made the game harder for Liverpool. We never managed to put them under pressure and go one-v-one."

Daniel Levy has committed to backing Argentinian manager Mauricio Pochettino in the coming transfer market as changes are expected to be made in north London in a bid to go one better in next season's Champions League. 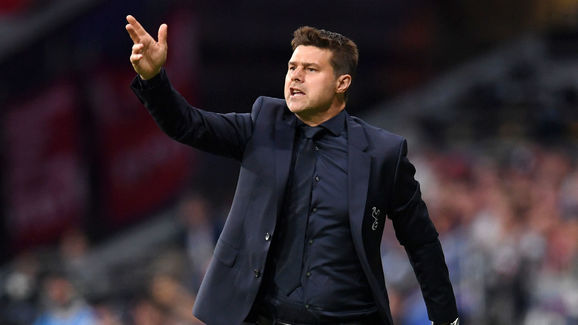 Tottenham have improved massively but finally getting their hands on some silverware has eluded them for yet another year and winning next year will be top of everyone's agenda, with wholesale changes expected this summer.

Asked whether he’d back an overhaul, Lloris said: “That decision belongs to the gaffer and the board. I am just a player. The only thing I can say is that getting to the Champions League final was a very big and emotional thing.

“It is difficult for us to end the season in this way because you never know when you will get the opportunity to win this type of competition again. “It was a lesson in efficiency, maybe we had too much focus on the way to play rather than to win. They managed the game much better than us.

“It was painful for everyone. To bring Tottenham to a Champions League Final will never match the feeling of winning it. But it is a very positive thing and we have to build from that to take the club to where it wants to go.”