Lichtsteiner, who celebrated his 35th birthday in January, had joined Arsenal on a free transfer from Juventus last summer after winning seven straight Serie A titles in Italy. 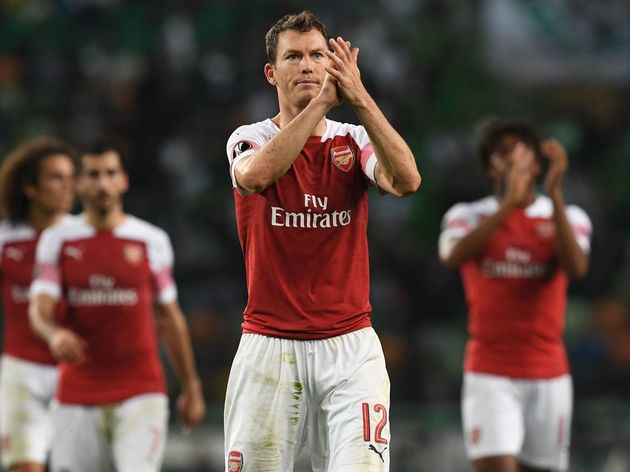 The veteran Swiss international was largely a back-up player, appearing in only 23 games in all competitions and starting just 10 times in the Premier League. He was on the bench as Arsenal lost in the Europa League final at the hands of Chelsea.

Posting his farewell to supporters on Instagram, Lichtsteiner wrote, "Dear Gunners, we were close to adding an important chapter to this amazing club's history. But to be close...is unfortunately not good enough. This is hard to accept. I'm very disappointed.

"It was our objective to bring Arsenal back on the highest international level and to win trophies. Both belong to this great club. I wish my teammates, my coach and his staff, all hard-working employees and all Gunner fans simply the best!

"I'm confident our team can complete our mission next season! I loved to be a part of this club. It was a great challenge and experience without a happy end, unfortunately. Thank you very much for your overwhelming support! It was much appreciated!"

Arsenal are set for a difficult summer ahead of the 2019/20 season. Rumour has it that a failure to qualify for the Champions League will limit the club's transfer budget to around £40m, unless it can be boosted by selling players and trimming the wage bill.

To that end, the likes of Mesut Ozil, Shkodran Mustafi and Henrikh Mkhitaryan have all been linked with summer departures.