Liverpool defender Virgil van Dijk has challenged the Reds to improve on their impressive form next season, as they target success in both the Champions League and Premier League.

Jurgen Klopp's side lifted the Champions League trophy on Saturday, but they came up just short in their pursuit of Manchester City at the top of the Premier League table, with the Citizens finishing just one point ahead.​

Speaking directly after the final against ​Tottenham Hotspur, Van Dijk confessed that he was delighted with the team's performances, but the hard work is far from over.

He said: "It has been a good season. We had a chance to win the ​Champions League today and we did it. We all wanted the ​Premier League as well, but ​City were just a little bit better.

"We're going to try next season again, and hopefully we'll be as close or even better next year." The Dutchman was named as the Man of the Match in the final but, after being presented with the award, he was quick to deflect attention back to his teammates.

He told a ​post-match press conference: "In the second half we were sitting back a bit and they put pressure on us, but overall I think we're deserved Champions League winners.

"[Klopp] is a fantastic manager and a fantastic human being. It's an amazing environment to be in and I'm really proud to play for this beautiful club. We're all ambitious and we all want to have these kinds of nights so let's go for it – work hard and stay humble. I expect a lot from the party today and tomorrow!" 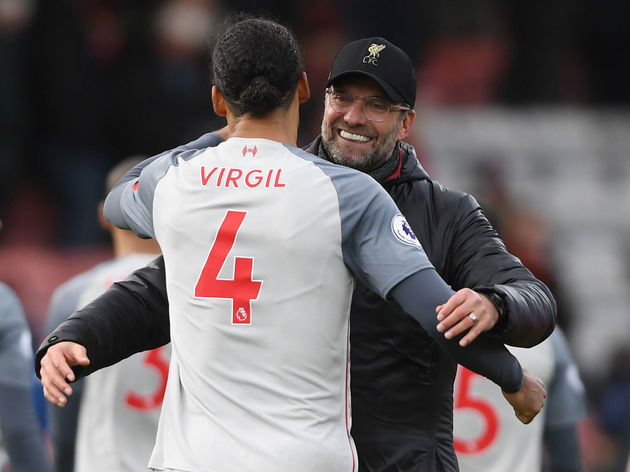 By leading ​Liverpool to the Champions League, many feel as though Van Dijk deserves to win the 2019 Ballon d'Or award, although he told reporters (via The Independent's ​Miguel Delaney) that he does not agree.

"I think [Lionel] ​Messi is the best player in the world. He should win the Ballon d'Or. So I'm not thinking of that. But if I win, I'll take it. Messi should win it though. He is the best in the world, whether he's in the final or not," he added.