7 of the Greatest Super Subs in English Football History

A consistent goalscorer is the one of the hardest things to come by in football. Whether you're at the very top of the ladder or the very bottom, managers are always preaching about how difficult it is to sign that prolific forward. ​Because of course, goals win you football matches.

Having said that though, some of the greatest forwards in history have in fact made their names from the bench and gone on to gain the famous (or infamous) title of 'super sub'.

We have taken on the impossible, and most likely controversial, task of naming seven of the greatest super substitute strikers in history. If you forget for a second his up and down career following his departure from ​Manchester United,​ then you'll remember Javier Hernandez as one of the most deadly strikers in recent Premier League history.

During the time in which the red side of Manchester dominated England, Hernandez had to play second fiddle to the likes of ​Wayne Rooney and Dimitar Berbatov. However it was the Mexican himself that managed to drag Sir Alex Ferguson's men out of numerous sticky situations.

In 103 total Premier League appearances for the Red Devils, Chicharito managed an impressive 37 goals and 12 assists despite only actually starting 49 of those games. In the 49 starts he did make, he didn't complete the match on 28 occasions. ​FA Cup winner, Europa League winner and World Cup winner, that's not a bad CV. Add to that one of the best super subs the ​Premier League has ever seen and you're looking at one heck of a player.

Olivier Giroud has always seemed to go under the radar a bit, not really getting the credit he most certainly deserves. Truth be told, he's one of the best finishers around and has one hell of a resume to back it up.

During his time at both ​Arsenal and ​Chelsea respectively, he has bagged himself 20 goals when coming off the bench, making him technically the second best super sub in Premier League history. Put some respect on that man's name. 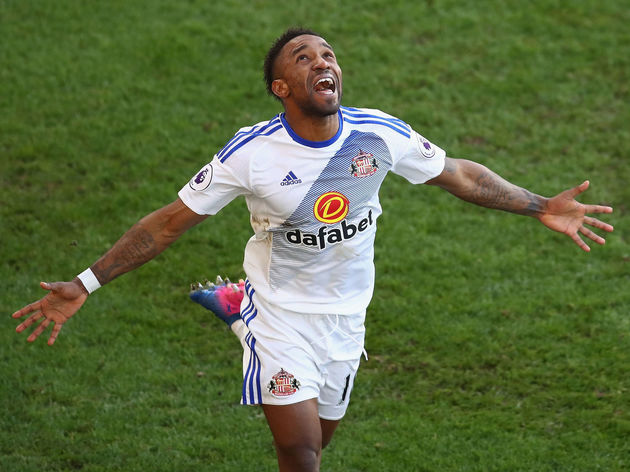 From Toronto to Sunderland, Jermain Defoe has certainly been around the footballing block, but there is one thing that you can't deny and that is that he is still to this day, one of the deadliest finishers the game has seen.

In a playing career that includes five different Premier League teams, Defoe is officially the highest scoring super sub the competition has seen with 24 goals.

Although the veteran striker certainly boasts a more established history than just 'super sub', he just couldn't be left out of the list whilst holding such a record.

ON THIS DAY: In 1999, Manchester United made history.

The first and only English team to complete the continental treble.

Now manager of Manchester United, Solskjaer became a club legend with the numerous times he rescued results for Sir Alex Ferguson's men, most notably the famous stoppage-time winner against Bayern Munich to land the Red Devil's a historic treble.

In a United career that racked up a total of 408 appearances, over a quarter of those (149) were made from the substitute's bench. If there was ever a man to call on when you needed a goal it was Kevin Phillips. Widely considered as one of the best English strikers of all time, Phillips was prolific in the Premier League.

Like a fine wine he seemed to get better with age and was scoring on a consistent basis well into his late 30's.

In a career that spanned across two decades and 10 clubs, one of the Englishman's greatest moments came as a 39-year-old in his penultimate season. He was brought on as a second half substitute in the Championship play-off final to do as he does best, and that he certainly did as he scored the only goal of the game, firing an extra time penalty in against ​Watford to send ​Crystal Palace back to the Premier League. ​By far Liverpool's most famous super sub is David Fairclough.

​Scouser born and bred, Fairclough was a regular figure for the Reds throughout the 70s and early 80s, regularly making his appearances off the bench.

He made 154 appearances for the red half of Merseyside with only 92 of those being as a starter. 35 of his 55 goals in total scored came in the 60th minute of a game onward, probably showing us all why the manager liked to use him as a late substitute.

The forward even went on to write his own book titled 'Supersub: The Story of Football's Most Famous Number 12'. Ok, so maybe this one is still in the works, but Divock Origi is certainly on his way to super sub stardom.

After a turbulent career to date with ​Liverpool that has included two rather unsuccessful loan spells at Lille & VfL Wolfsburg respectively, the Belgian's time at Anfield looked to be coming to a close.

Fast-forward to 2 December 2018 and Origi handed himself a Liverpool lifeline in the shape of a 96th minute winner against local rivals ​Everton, which seemed to revive a career that appeared to be on the decline.

Many Reds fans had seemed to have given up on the forward over the previous 12 months or so. Klopp was building an ever-improving squad and Origi seemed to be trailing in the shadows.

Since the goal against the Toffees, the 24-year-old has scored a brace including the winner in the remarkable 4-0 victory over Barcelona, and the second goal in the 2-0 ​Champions League final victory.

If Origi follows up with this form going in to next season, he could well make a name for himself as one of the best super subs in Premier League history.