Gianluigi Donnarumma: AC Milan's Wonderkid Would Be a Smart Signing for Man Utd

​Being a Manchester United fan is hard work. There are so many transfer rumours surrounding the club, it's tough to get invested in any, because 99.9% of the 10,000 stories end up being completely false.

However, fans should be hoping that ​recent links to AC Milan superstar Gianluigi Donnarumma are true.

I think we've all come to terms with the fact that ​David de Gea wants out of the car crash that is ​United. It can't be fun watching your club run into problem after problem, and even less so when he's not even playing well. If and when he goes, he's going to leave a pretty sizeable hole, which even Sergio Romero can't fill. Fortunately, the man-mountain that is ​Donnarumma would be the perfect man to address these concerns, and he is exactly the breath of fresh air that the Red Devils need at this moment in time.

United are looking for players who can come in and make an impact now, but also for years to come. We've seen Declan Rice, Aaron Wan-Bissaka and Jadon Sancho all linked with blockbuster moves to Old Trafford, and Donnarumma fits the mould of high-quality youngsters.

Despite being just 20 years old, the Italian has accumulated 164 appearances for ​Milan and a further 12 for Italy. He stared pressure in the face when, as a 16-year-old, he made his ​Serie A debut, and he did not look fazed. Age is just a number to Donnarumma, who is all about putting in good performances on the pitch. 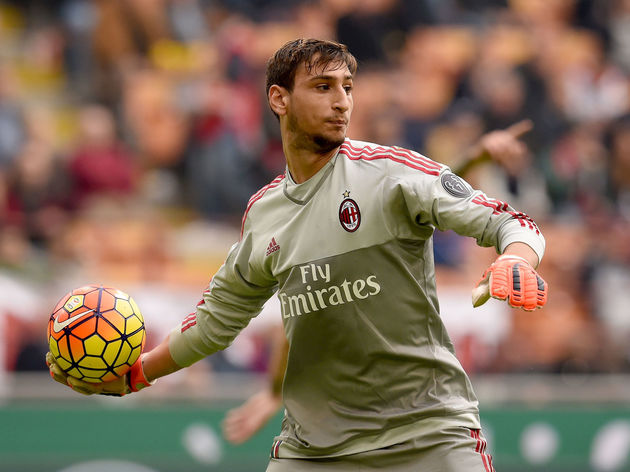 Playing under the spotlights of Old Trafford would not be a concern for Donnarumma, who has already spent years in the global eye as a result of his age. 20-year-olds are not supposed to be as good as he is, and there was a time where United would be eternally linked to this sort of player, before the dark, dark days of ​Alexis Sanchez.

Whether it was Jose Mourinho's perceived hatred of any player under the age of 31 or not, the club is not who they once were. Recruitment has been poor which, when coupled with poor performances, has created a toxic cocktail which has turned United into a laughing stock. An easy way to solve that? Sign players like Donnarumma.

His primary focus is keeping clean sheets, not looking good doing it, and that means he is perfect for United in their current situation. Too often have the squad been criticised for lacking commitment or determination, so Ole Gunnar Solskjaer needs players who truly want to play for United. That's not De Gea, so it's time to move on. Paying €60m for a top-class goalkeeper is a smart piece of business, and it gets even smarter when you see Donnarumma could keep his place between the sticks at the club for at least the next ten years.

Plus, when the next option is a ​£53m deal for 30-year-old ​Barcelona reserve Jasper Cillessen, it only begins to make more sense (although, wouldn't that just be the most United thing to do right now?).