Arsenal Pre-Season 2019: Where to Watch the Gunners Play This Summer

​Another trophyless season, another year outside of the Champions League and another disappointing campaign - Arsenal must pick themselves back up ahead of 2019/20.

They can make the first steps towards recovery with a strong showing in their friendlies this summer, where they venture across the pond to face a host of prestigious European clubs, as well as one from the MLS. A 4-1 Europa League humbling at the hands of ​Chelsea compounded the team's earlier failures, Unai Emery's men failing to finish in the ​Premier League top four and looking wayward in both domestic cups.

Here's a look at the sides the ​Gunners will meet in the United States to prepare for a vital campaign. National League side Boreham Wood welcome Mesut Ozil and co. to their humble home, Meadow Park, as the latter start laying foundations for the year ahead. It was the same scenario in the summer of 2018, Arsenal hammering the minnows 8-0 in Emery's first match at the helm.

Though the lineup will mostly be comprised of under-18 and under-23 players, there will also be several familiar faces dotted around. Pierre-Emerick Aubameyang grabbed a hat-trick last year, whilst fellow frontman Alexandre Lacazette also got in on the action.

This fixture brought The Wood their highest ever attendance back in 2001, over 4000 spectators turning up to watch then-champions Arsenal dominate proceedings.

Emery's wounded troops open their pre-season tour in Commerce City where they meet a Colorado Rapids team currently laying at the foot of the MLS Western Conference table.

The Americans have the imposing figure of former ​Everton shot-stopper Tim Howard guarding their goal, though the 40-year-old has been powerless to stem the tide, conceding 34 times in the Rapids' 15 league fixtures to date. The north Londoners take on their old nemesis in their first International Champions Cup match, battling ​Bundesliga bruisers ​Bayern Munich in Los Angeles. In their last three games against Die Roten they have been outclassed and outmuscled, the aggregate score standing at 15-2 in favour of the Germans.

Bayern will be without famed wing duo Arjen Robben and Franck Ribery after the pair decided to end their Allianz Stadium careers following another successful season in which the club won a league and cup double. ​Serie A outfit Fiorentina are ​Arsenal's opponents a mere three days after the clash with Munich, with the Italians set to begin a new era under ex-​Milan coach Vincenzo Montella. Having come in for Stefano Pioli following the 53-year-old's resignation.

Though the Viola have plenty of European pedigree, sealing ​Champions League football for the first time since 2010 will not be at the forefront of Montella's mind. They finished in 16th-position last term having spent four of the previous five campaigns competing in the Europa League. Their incoming coach must bring stability to the club before he can think about a  return to such heights. The Gunners may have suffered a sizeable setback last year, but their nightmare was nowhere near as horrifying as the one ​Real Madrid experienced.

The​ La Liga giants' dire season can be summed up by what was arguably the ​worst week in the club's magnificent history in March, when they were resoundingly beaten by ​Barcelona on two occasions, as well as being embarrassed by Ajax at the Bernabeu

Both Arsenal and their Spanish opposition know they must make amends in 2019/20 or face the wrath of their supporters. They simply have to hit the ground running and, in order to do so, they need a strong summer showing. After completing their International Champions Cup participation against Real, Emery's cohort return to the Emirates Stadium for their penultimate preparatory fixture. They line up against Lyon, who ended last year in third place in Ligue 1, a whopping 19 points behind champions Paris Saint-Germain.

The Frenchmen have several fantastic players decorating their squad, including former ​Manchester United forward Memphis Depay, domineering midfielder Tanguy Ndombele and mercurial captain Nabil Fekir, though all three may have been lured away by the time they meet Arsenal. 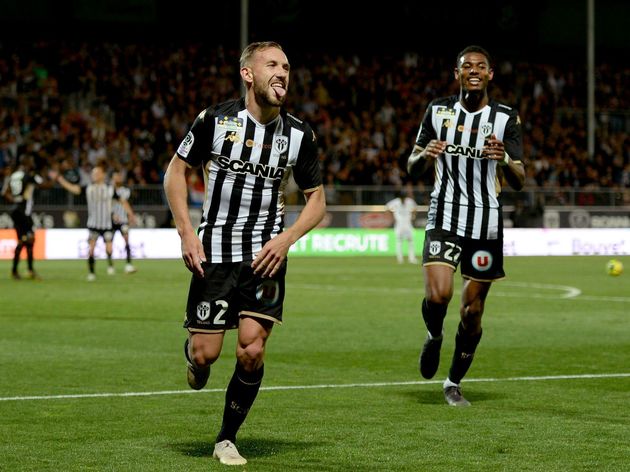 A lower mid-table placing in 2019 was a splendid result for Angers, a side that have spent much of their existence outside of the top divisions in France.
The Ligue 1 team complete the list of pre-season opponents for Arsenal, hosting the Englishmen in the western reaches of 'la République'.
Despite their modest history, Les Scoïstes came agonisingly close to glory in 2017, an own-goal in stoppage-time handing Paris Saint-Germain a hugely fortuitous 1-0 victory in the Coupe de France final.
Related Topics:
Transfer News