Adrien Rabiot: Manchester United Should Avoid Signing the PSG Outcast at All Costs

French midfielder Adrien Rabiot is on the hunt for a new club, as his current deal with Paris Saint-Germain comes to a close at the end of this month.

The France international has attracted interest from all across Europe, although recent reports suggest Manchester United are the front-runners 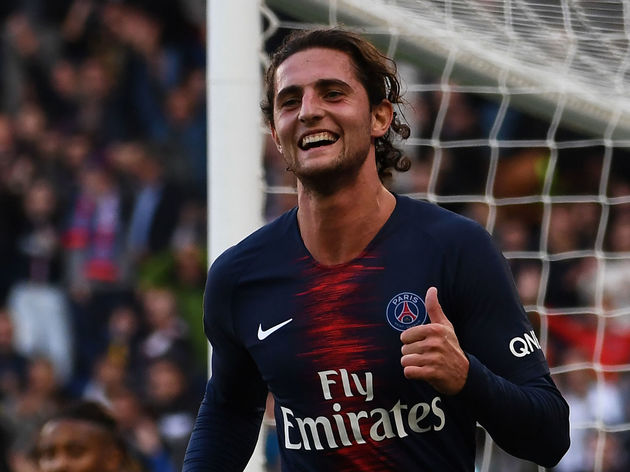 Rabiot is a tall, French midfielder who plays a more deep-lying role, but also possesses tremendous abilities going forward, and as such has struggled to make one position entirely his own. Despite wonderful footballing ability, his attitude has come into question on several occasions.

Sound familiar? That's right. If rumours are to be believed, ​Manchester United are trying to sign ​Paul Pogba mark II. Pogba is evidently an exceptional player, but his three years in Manchester show he is not the right fit for United. And nor will Rabiot be. The midfielder has been in exile at the Parc des Princes for six months following a fall out with manager Thomas Tuchel, which started after he turned up eight minutes late to a team meeting. Tuchel retaliated by dropping the Frenchman, who subsequently went on to play just three more games over the remainder of the season.

Herein lies the primary reason that United should steer clear of signing Rabiot. If the Red Devils hierarchy want to buy into the ethos of Ole Gunnar Solskjaer, they should recognise that the 24-year-old is not right for the club. Following the end of season capitulation at Old Trafford, the last thing the club needs is another player capable of throwing their toys out the prams when they don't get their way. Some have labelled the Frenchman a primadonna, others suggested that he is just single-minded. Either way, it's clear that he has not been afraid to speak his mind throughout his footballing journey. Aged just 13, Rabiot joined ​Manchester City, only to leave six months later, accusing the club of breaking promises.

Unfortunately, that single-mindedness has spilled over into arrogance and a lack of responsibility on several occasions throughout his career. Take the time he missed the 2015 Coupe de France final after turning up late to a team meeting. Or when he turned down a PSG contract to join AS Roma, only to have a change of heart several months later and sign a new deal. Also the time he went above PSG manager Laurent Blanc's head to tell the club president to loan him out if his game time dropped any further. The list goes on. Locker room trouble is but one symptom of the poor running of the club under the stewardship of Ed Woodward. With ​Alexis Sanchez as the perfect example, the Red Devils have spent enormous amounts on wages in entirely the wrong places. Similar to Rabiot, Sanchez had little time left on his contract, and was able to negotiate an astronomical salary. In return, United have seen very little. Often with a troublesome player comes a troublesome agent, and that is no different in the 24-year-old's case. With his mother as his representative, things have not always been smooth sailing. Toulouse manager Alain Casanova suggested that during Rabiot's loan spell with the club, it wasn't the player himself, but the player's mother who threatened to halt his progress. He revealed that she had requested to be present at every Toulouse training session in order to keep an eye on her son.

Quite simply, this is not a problem the Red Devils need. Perhaps a player like Rabiot could complement an already successful side, as he did for much of his time in Paris. But with the rebuild required at Old Trafford, a positive attitude is what will take the club back to where they need to be, and the Frenchman does not seem like the man to help them get there. If United truly want to progress, they will need to follow Solskjaer's plan to rebuild from the bottom up. Should they insist on making the same mistakes over and over again, they will continue to flounder in the ​Premier League, and who knows, may even fall out of the top six.