​Arsenal wonderkid Xavier Amaechi was left furious with Unai Emery's decision not to name him on the bench for the Europa League final against Chelsea, so much so that he could now leave the club to join Bayern Munich.

The teams could name 12 substitutes for the final, but Emery opted to include a third goalkeeper, Dejan Iliev, in his 23-man squad instead of Amaechi, who was the only player in the travelling squad not to be included. 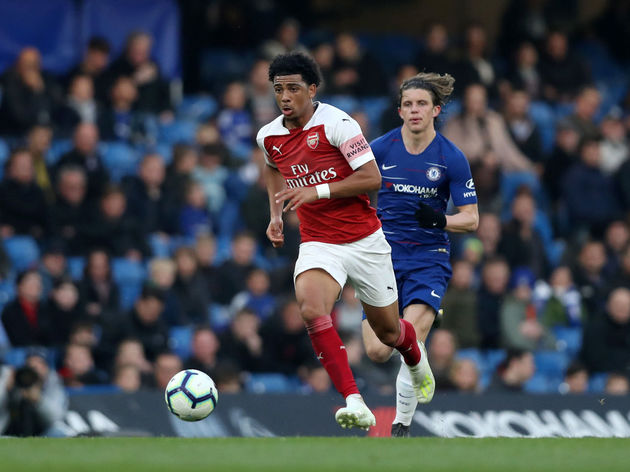 According to ​football.london, Amaechi was stunned at the decision, and could now look to force through a move to long-term admirers ​Bayern.

​Arsenal are said to be eager to tie Amaechi down to a new contract to put an end to the speculation around his future, but the 18-year-old could not believe the news that the Gunners did not feel as though a place on the bench would help convince him to stay.

The report states that Amaechi's deal expires at the end of next season, although there is some uncertainty around this as some outlets have reported that he is under contract until the summer of 2022.

Regardless of the expiry date, he could push for a move to Bayern, who are expected to spend heavily on young players this summer as part of a huge squad overhaul.

However, he may not get his wish, as Arsenal are thought to be prepared to retain the young winger against his wishes. The Gunners would demand a huge figure for one of their most exciting youngsters, which could scare off any potential suitors.

Amaechi is yet to feature under Emery, despite being one of the youth sides' top performers in recent seasons. Bayern have proven to be willing to take a chance on English youngsters, having publicly chased ​Chelsea starlet Callum Hudson-Odoi for the majority of the January transfer window. The ​Bundesliga giants have seen what Jadon Sancho has accomplished since leaving the ​Premier League for ​Borussia Dortmund, and will hope that Amaechi would be capable of a similar impact in Germany.