​Portugal get the Nations League Finals underway on Wednesday night, as they host Switzerland in the first semi-final in Porto.

The hosts will be eager to win the inaugural edition of the finals on home soil, as the Selecao das Quinas look to secure their second major honour in three years following their EURO 2016 triumph.

Manager Fernando Santos is without two key players, with Danilo Pereira serving a suspension, while Andre Silva is still recovering from injury problems, meaning that he could not be included in the final 23-man squad. Rui Patrício (GK) - As Portugal's first choice goalkeeper, Patrício will retain his place in goal to earn his 80th cap. The ​Wolves goalkeeper enjoyed a successful debut season in the West Midlands, helping the newly promoted ​Premier League side to a seventh place finish.

João Cancelo (RB) - Cancelo should start at right back for the Portuguese, possibly playing his fifth consecutive international game. The Juventus is coming off the back of a strong season, having helped the Bianconeri to their eighth successive ​Serie A title.

Pepe (CB) - By far the most experienced player in Portugal's defence, Pepe's experience will be crucial for the Selecao das Quinas. Now playing at Porto, the 36-year-old has won 105 caps for his country, after making his debut back in 2007 under Luiz Felipe Scolari.

Rúben Dias (CB) - Dias will likely partner up with Pepe in central defence once again, as he earns just his tenth cap. The 22-year-old Benfica defender is still searching for his first international goal, which he hopes he can achieve on home soil.

Raphaël Guerreiro (LB) - Guerreiro should make up Santos' back four, as they look to keep the Swiss out. Traditionally a left midfielder who can put in a shift at left back, he returns to international duty after narrowly missing out on the ​Bundesliga title with ​Borussia Dortmund. ​João Moutinho (CM) - Moutinho will serve as a key part of Portugal's midfield on Wednesday, as he holds the midfield trio together. The Wolves midfielder has the second highest number of appearances in the current Portugal squad, having amassed 114 caps.

Ruben Neves (CM) - Neves should be the third Wolves player in Portugal's starting XI, playing alongside club teammate Moutinho. Having earned five caps in the last three years, the 22-year-old earned his next five caps within the space of the last six months.

William Carvalho (CM) - Real Betis' Carvalho will complete the midfield trio, who prepare to face Switzerland in Porto. The ​La Liga midfielder made his debut five-and-a-half years ago, earning a total of 55 caps throughout his international career. 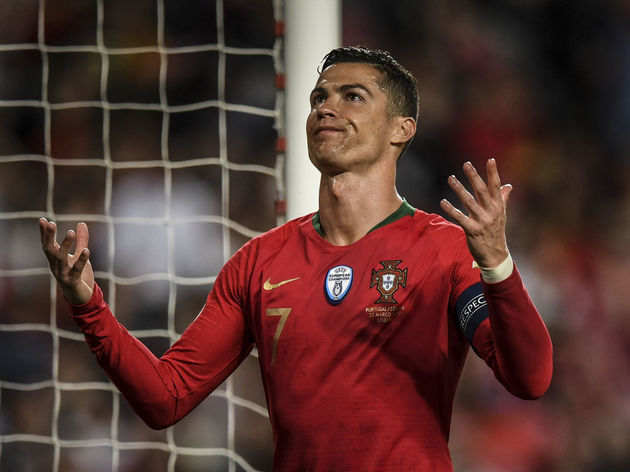 Bernardo Silva (RW) - In a dangerous looking front three, ​Silva will start as the right winger. The ​Manchester City star had an outstanding season with the Citizens, winning all four domestic competitions in a record breaking season under Pep Guardiola.

Dyego Sousa (FW) - With Silva out injured, Sousa should get his chance up front on Wednesday. The 29-year-old Braga forward only made his international debut in March, but having played both of Portugal's last two games, he looks likely to make it three in a row.

Cristiano Ronaldo (LW) - ​Ronaldo will undoubtedly be Portugal's key man in Porto, posing the biggest threat to Switzerland. After being rested following the World Cup, the Juve star will be vying to add to his incredible international goal tally of 85 goals.