Alisson Becker: The Man Liverpool Have to Thank for Their Sixth European Title Many forget that Liverpool were on the brink of being dumped out of the competition before the knock out stages, however a victory over ​Napoli in the final game of the group stage meant they went through on goal difference. 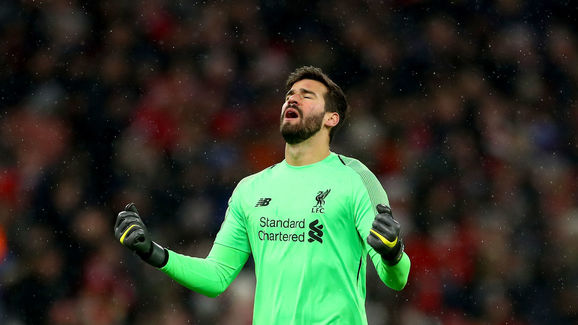 30 minutes in across two #ChampionsLeague games, Alisson is still the only goalkeeper to actually make a save. 理

Although this was the most comprehensive victory over two legs in their Champions League campaign, Liverpool withstood a first-half barrage from Porto in the second leg which was a test of their resilience.

The Portuguese side had 19 shots on Alisson's goal, eight of which were on target. None of those saves were what you would describe as 'world class', however they all required the keeper to have safe hands. One spill would have led to a tap-in for a pouncing striker however the keeper managed to smother what he could and make the ball stick - not only vital for himself but a real confidence boost for his defenders.

The Greatest Comeback in History?

We all know how good Klopp's side were going forward during their second leg thrashing of ​Barcelona, however the four big saves their goalkeeper made throughout the game were critical in ensuring four goals were enough to send them through.

Alisson got down low to stop former red Philippe Coutinho in the 18th minute with the score at 1-0, pushing his shot away from an oncoming ​Luis Suarez and just before half time he denied Jordi Alba to maintain his side's narrow lead going in for the break.

How good was Alisson last night by the way?

A number of smart saves throughout, including the Coutinho and Suarez shots, as well as that crucial save from Messi in the second-half.

Have to say if we had another keeper, last night could have been very different.

Early in the second half he denied another former Red, this time Suarez's shot could have been better however Liverpool's keeper matched it nonetheless. This was key as moments later

Five Saves in 13 Minutes in the Final