Women's World Cup: The 8 Top Scorers in the History of the Competition

​We are now just a matter of days away from the beginning of the 2019 Women's World Cup, where some of the finest talents in the game will be on show as they compete for the ultimate prize.

The eighth edition of the tournament is set to be the biggest yet, but the previous tournaments have seen some outstanding performances from a number of elite goalscorers.

Here are the eight leading scorers in the history of the Women's World Cup. One of the finest women to ever play the game, German icon Heidi Mohr was an integral part of her country's success between 1986 and 1996.

She turned out at two World Cups, in 1991 and 1995, where she struck an impressive ten goals in just 12 games, with seven of those strikes coming in the first tournament in China.

​Mohr never managed to lift the trophy, with Germany falling in the final in 1995, but she certainly made a lasting impression on the game. 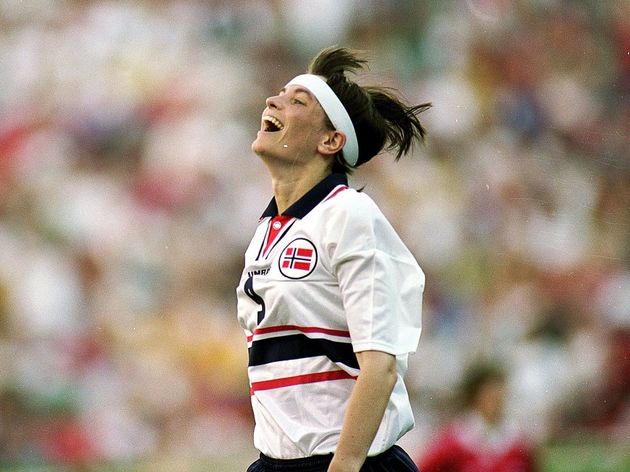 Ann Kristin Aarones' Norway enjoyed a huge amount of success between 1990 and 1999, including beating Mohr's Germany in the 1995 final.

She may not have scored in the final, but Aarones finished as the competition's top scorer with six goals, before she added another four in 1999 to take her tally to 10 goals in just 11 matches.

Aarones was a founding member of the Women's United Soccer Association in 2001, and will go down as one of the most influential players in history.​ The second German on this list, Bettina Wiegmann has done it all with the national team. She won the World Cup in 2003, but also won four European Championships between 1991 and 2001.

The midfielder was Germany's penalty taker, so she was given plenty of chances to add to her tally. In total, she netted 11 goals in 22 matches across four World Cups.

Eight of her goals came from the penalty spot, proving just how composed she was on the big stage. The former German Female Footballer of the Year rarely disappointed fans, and she always knew how to get the job done. When it comes to all-time greats of the game, Chinese legend Sun Wen has to be part of the discussion. Her CV is full of individual awards, including the FIFA Female Player of the Century and World Cup Golden Ball trophies.

Sun terrorised World Cup defences between 1991 and 2003, racking up an impressive 11 goals in 20 games. She stole the show in 1999, firing seven goals to propel China to the finals of the competition.

The former first pick of the inaugural WUSA draft in 2001, Sun enjoyed an incredible career, before injuries took their tole and forced her into retirement in 2006.​ When Sun won the FIFA Female Player of the Century award in 2002, she shared it with USA icon Michelle Akers, who had dominated football between 1985 and 2000.

In total, Akers managed 12 goals in 13 games at the World Cup, but her accomplishment is even more impressive when you realise that she did not manage to get on the score sheet at all during the 1995 tournament.

As one of only two women to be named on Pele's FIFA 100 list of the best players of all time, Akers' impact on the women's game is unparalleled. Football has seen few players who knew how to score goals quite like Abby Wambach, who holds the record for the highest number of international career goals with 184 in just 256 games.

The master of the diving header scored 14 goals in 25 games between 2003 and 2015, although she never managed to lift the trophy before retiring in 2015.

Wambach cemented her place as an American icon when she netted a 122nd-minute header in the quarter-final of the 2011 World Cup, helping her side overcome the mighty Brazil en route to the final. Not only is Birgit Prinz's tally of 282 goals in 282 games at club level the most aesthetically satisfying thing you'll ever read, but it's indicative of just how prolific the German was throughout her career.​

For her country, Prinz struck an impressive 14 goals in 24 games, and managed to win the entire tournament on two occasions, in 2003 and 2007.

Prinz almost made history back in 2003 when she was heavily pursued by men's ​Serie A side Perugia, who were desperate to make her the first woman to play in the league. However, the move collapsed and Prinz continued to dominate women's football for a number of years afterwards. Marta's World Cup record speaks for itself. In 17 games, she has struck a stunning 15 goals, and that tally could still rise as the 33-year-old prepares to lace up her boots for this summer's competition.

She is yet to win the World Cup, so many fans are hoping that Marta can round off her international career in the most perfect way possible this summer.