​From Madrid - James Milner has insisted Liverpool's performance in the Champions League final has shown just how far they've come as a team under Jurgen Klopp.

​Liverpool beat Tottenham 2-0 in Madrid on Saturday night thanks for goals from Mohamed Salah and Divock Origi, but Milner - who came on as a substitute - held his hands up in the mixed zone afterwards and admitted his side didn't play well on the night. The crucial thing for him, however, is that Liverpool have shown they can still win even when they're not at their best. 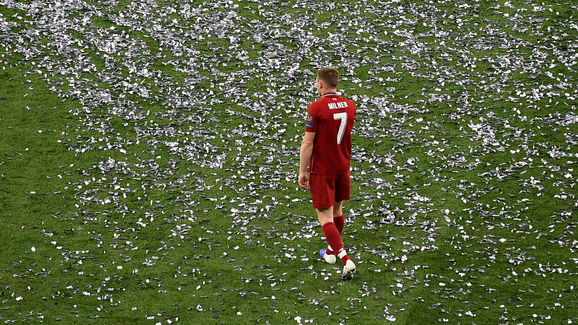 "The first trophy is always the hardest one to win as a group of players and hopefully that'll help us. You can see the improvement over the last few years since the manager's come in, and when we haven't played well this year we've still got the results."

"It's down to the full squad of players but also the manager and the coaching staff as well, in drilling us, defending how we do and it goes back to games when we had players missing - Barcelona, we had two key players missing and still put in that performance and the way we did."