​Columbus Crew goalkeeper Zack Steffen has said his goodbyes after playing his final match for the club in a thrilling 2-2 draw with NYCFC on Saturday night.

The 24-year-old completed a transfer to Premier League champions Manchester City back in December but elected to stay in the United States until the summer transfer window due to commitments he had with the USMNT in June. Steffen has cemented himself as his national team's number one choice between the sticks in the past year after strong performances under manager Gregg Berhalter while the 45-year-old was still coaching in Columbus.

Following the draw on Saturday, Steffen will report to the USMNT camp in Maryland for the majority of June before getting on a flight across the Atlantic to join up with the ​Citizens and finalise the transfer.

Steffen was quoted before the ​MLS fixture against NYCFC (via ​MLS' official website) stating: " 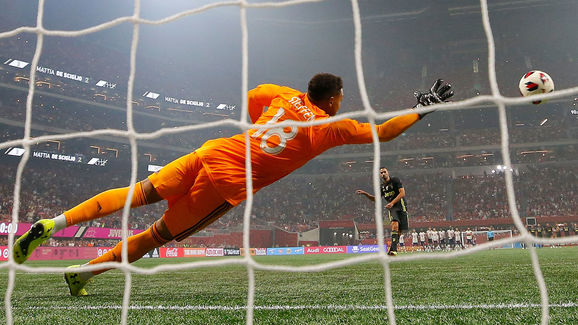 “It will be fun; it will be good,” he said of his Gold Cup summer. “It should be some good games and good competition with the national team. I’m excited to get back with that group and be pushed there and have a successful tournament with them. I’m hoping that will really get me ready to go over and start preseason out on the right foot.”

Although Steffen's career with the Crew didn't end in the way he may have liked, the up-and-coming goalkeeper still had heaps of praise for the fans.