​From Madrid - Tottenham Hotspur manager Mauricio Pochettino has refused to confirm he will remain at the club next season, in the wake of his side's 2-0 defeat to Liverpool in the Champions League final.

Mohamed Salah and Divock Origi's goals meant that it wasn't to be for Spurs in Madrid, despite the fact Pochettino's side had the lion's share of possession and a number of chances.

Poch is here. He’s used the word “painful” a number of times, but wants Spurs to build on this season. pic.twitter.com/wOCr2IMfSQ

Pochettino has been strongly linked with a move to succeed Massimiliano Allegri at Juventus over the last couple of weeks, and was quizzed about his future plans among a number of other topics during his post match press conference. There was also that talk about Harry Kane, and whether he should have started the game or not.

Here's the best of what Pochettino told us after the game.

Mauricio Pochettino on His Future at Tottenham

He said: "It’s a lot to talk about, so early on. We need to digest that defeat now. For sure, we’re going to have time talk about the future – the future could be tomorrow, or after tomorrow.

Pochettino on his future, continued: “Not the moment now to talk too much. After 5 years, the project was so clear - our ambition was amazing. But now it’s about staying calm and changing the mood. We have time to talk.”

"I think it’s not the moment now to talk too much, because you can interpret things in different ways. Some people want to be clever and want to compare me with different managers, and they don’t know that we are in completely different projects, different positions and different places.

"But people want to be cleverer than that, and they want to give an opinion without arguments. After five years at ​Tottenham, the project was so clear, so clear.

"But now it’s about staying calm and starting to change the mood, change our mindset. For sure, we are going to have time to talk."

"It would have been an historic moment had we won and lifted the trophy. It would have surprised everyone because in the last five years, Tottenham has been prioritising the construction of the new stadium and has spent nothing on...of course, Tottenham isn’t the brightest student in the class, but we’re not the most stupid. But it’s incredible and this club deserves merit.

"With the foundations that it has, creating history and let’s hope it’s the start of a successful period for the club."

On Whether Starting Harry Kane Was the Right Choice "The problem is you’re creating a story or drama when there wasn’t any drama - it wasn’t about whether we played with ​Harry Kane, Lucas Moura, [Heung-min] Son; that was neither important nor unimportant.

"It was a decision, and of course, for me, Harry Kane, after a month and a half [out] I think he finished the game fresh. He didn’t score, but neither did anyone else - that’s something else you talk too much about.

"I promise you, my decisions were very analytical. I considered all the information; I don’t regret my decisions."

On How the Penalty Changed the Game

"It’s impossible to talk now, I think we all feel very disappointed but this season was fantastic. We need to feel proud, I feel so proud of all my players, the club and our fans. We [couldn’t] give, in the last moment and the last game of the season, a massive reward to our fans. 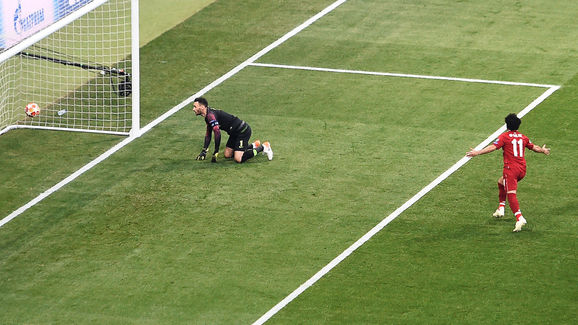 "I think that it was a final, and as we were [saying] in the past, finals are there to be won and it’s not about playing well or the details or the tactics. I think, today, to concede after 20 or 30 seconds, through a penalty,

"It changed our plans completely. It had a massive impact on the team, [in terms of] managing and handling that, but the team was great because, of course, it was different after [the goal] but in the second half...but I think overall, I think we dominated the game.

"We created good chances but they were more aggressive, clinical in front of goal, while we also created some chances but we didn’t score. When that happens, it’s so painful but at the same time we need to be calm." "I want to congratulate ​Liverpool, Jürgen Klopp, all the players, and of course the club and the fans, because I think they’ve had an amazing season.

"They’ve finished with a win in the Champions League. I’m going to congratulate them, they were fantastic. And of course, it’s so painful but we need to keep going, we need to be clever now."