​James Rodriguez has given his approval to Carlo Ancelotti over a potential switch to Napoli, with the Serie A giants now requiring an agreement with Real Madrid to seal the deal. Having played under the Italian tactician both at ​Madrid and Bayern, Rodriguez is apparently keen to play under Ancelotti once more, with Zinedine Zidane's return to the Bernabeu having effectively ended any possibility of a return to the Spanish capital for the Colombian.

However, Napoli now face the task of coming to an agreement over the transfer with Madrid. Los Blancos will apparently demand the same 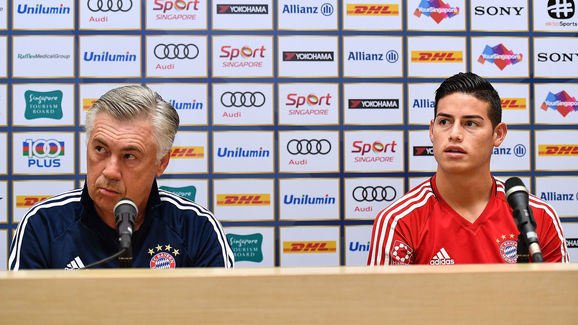