The Nations League Finals get underway on Wednesday when Portugal host Switzerland in the first semi final in Porto.

Portugal qualified from Group A3, getting past Italy and Poland to be the only unbeaten team in the final four. The Selecao will be determined to win the first ever Nations League on home soil, as Fernando Santos' side look to win their second major honour in three years. Switzerland won their group in dramatic fashion, smashing the top-ranked team in the world Belgium 5-2 on the final matchday in Luzern. The Schweizer Nati have the best group stage record among the finalists as they look to win their first ever major honour in Portugal. ​Portugal must do without ​André Silva, who has been unable to recover from injury in time. The

Sevilla forward was a key part of Santos' side during their Nations League campaign, scoring three of Portugal's five goals in the group stage.

Porto's Danilo Pereira will also be unavailable, as he serves a one-match suspension. However, star man ​Cristiano Ronaldo returns to the Selecao squad, after being rested from the national team following the World Cup.

Breel Embolo had to pull out for Switzerland after being named in the squad, picking up a slight injury in training. The ​Schalke star has been replaced by Basel youngster Noah Okafor, who at 19 years old is the first player born in 2000 to be called up to the first team.

Vladimir Petković also made the decision to exclude Nati captain Stephan Lichtsteiner from his 23-man squad, which was announced on Monday. The ​Arsenal defender was left out of the national team for the third time, having played just twice since the World Cup. This will be the 22nd meeting between ​Portugal and Switzerland, with the Swiss having the better record. Petković's side have won ten times in comparison to Portugal's seven, with five of their encounters ending all square.

They last met in 2018 World Cup qualifying, where a 2-0 Portugal win on the final day saw them qualify for Russia. Despite being top for the entire campaign and winning 2-0 on the opening matchday, Switzerland were pipped to the top spot and had to go through the play-offs.

Switzerland haven't won a competitive meeting in Portugal in 50 years, when a Georges

Vuilleumier brace secured a 2-0 victory back in 1969. Portugal have only won one of the last three meetings, as they look to record back to back wins over the Swiss. Portugal's recent form can be looked at in different ways. On one hand, the Selecao are unbeaten in their last eight games, and have only lost once since the start of 2018. On the other hand, they've drawn four consecutive games and sit third in their Euro 2020 qualifying group. 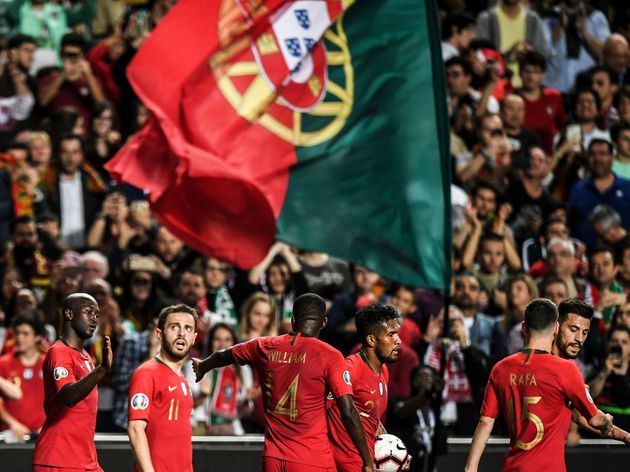 Wednesday's affair in Porto will be a fascinating match, as the seventh and eighth highest ranked teams in the world battle it out for a place in a major final. Portugal will be eager to prevail on home soil, while Switzerland will be aiming to avenge the defeat from two years ago.

Either team could win this game, but Switzerland may just edge out their hosts. With stronger recent form, in form players such as Haris Seferović and Steven Zuber and one of the best squad selections in Europe, it should be the Schweizer Nati to progress to Sunday's final.