England fans will be looking to Chelsea star Fran Kirby to make the difference at the Women's World Cup this summer, with the 25-year-old arguably the Lionesses' most gifted forward.

Here's everything you need to know about her ahead of the tournament...

Kirby was immensely talented as a child, tipped for international stardom by her earliest coaches. But she experienced a very difficult start to her football career and it took a great deal of inner strength to actually reach the level that she has achieved today. As a youngster, Kirby joined the youth ranks at Reading, but personal tragedy struck at the age of just 14 when her mother, Denise, suddenly passed away from a brain haemorrhage. And by the age of 17, the player turned her back on football after slipping into depression.

"I just got to a stage where I felt extremely fed up with everything and needed to focus on myself as a person," she explained in an interview with the Daily Mail in 2018.

Eventually, though, she returned, telling ​BBC South Today in 2015, "In myself I knew enough was enough. I needed to get back on track and make sure I could be the best player I could be, which is ultimately what my mum wanted me to do. That's what drives me."

And despite retreating to her family home in Newcastle during her time out of the game, it was to former club Reading that Kirby returned to kickstart her life as a footballer.

Kirby thrived for the Royals in WSL 2, the second tier of club football in England. In 2014, she scored 33 goals in all competitions and became the first player from outside the top flight to earn a professional contract and senior England call-up. That incredible output continued into 2015 and ultimately secured her move to Chelsea after the 2015 World Cup.

Kirby had just turned 22 when she made the switch and has ultimately gone from strength to strength, despite missing close to a year with ankle and knee trouble in 2016 and 2017.

"I've come out of myself as a person at Chelsea and expressed myself on and off the pitch. More than I have done at any other club," she told the Daily Telegraph in 2018.

As already alluded to, Kirby's international career started when she was still playing WSL 2 football with Reading. She had never really been part of the junior age groups as a teenager, actually walking out of an Under-19 training camp during her struggles with depression.

Such was her obvious talent and potential, then-England manager Mark Sampson couldn't ignore her, even playing at a lower level. Remarkably, her Lionesses debut against Sweden in 2014, a game in which she scored, came just two years after returning to football. A  gifted 'number 10', Kirby has become a vital part of the England setup and has 38 caps to date. She helped the Lionesses destroy France in the 2018 SheBelieves Cup, Phil Neville's first game in charge, and was part of the squad which lifted that trophy for the first time this year.

Kirby's breakout moment came during the 2015 World Cup in Canada. She was the youngest member of the squad, the outfield player with the fewest caps, but returned home a star. Kirby was only a substitute for England's opening 1-0 defeat against France, but she was brought into the starting XI for the next game against Mexico. Her second-half goal sparked a laboured England into life and served as the catalyst for the tournament that followed as the Lionesses defied expectations to finish third, although Kirby herself got injured in the last 16.

Two years later, she was then part of the squad that again reached the last four at Euro 2017. On that occasion, England were soundly beaten 3-0 by the Netherlands, the eventual champions. Unfortunately, it left a sour taste in the mouth for Kirby, who was hoping for more. 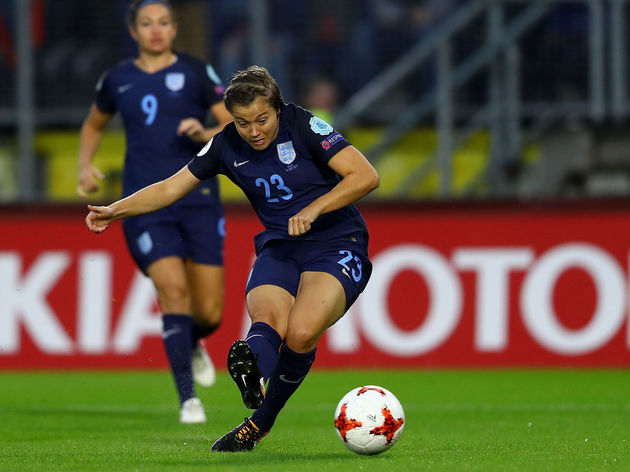 "I feel we let ourselves down as players. That was the hardest part - we didn't give enough," she recently told The Guardian when reflecting on the tournament.

"We want to make sure we get past that stage [in the 2019 World Cup]. Not focus too much on the hurt we experienced and still feel, but to use that as a motivation."

Kirby joined Chelsea midway through the 2015 Women's Super League season, finishing her first half-season with the club as part of a title-winning team. She also won the truncated WSL Spring Series in 2017, before a WSL and FA Cup double in 2017/18.

That 2017/18 campaign was also a marvellous year for Kirby on an individual level. She scored 24 goals in all competitions and was rewarded with a PFA WSL Team of the Year nod, the PFA Women's Players' Player of the Year and the first ever FWA Women's Football of the Year.

"I was really proud to be nominated in the first place but to actually win is a real honour. To be the first recipient of this honour and award is so special," she told BBC Sport of the latter.

Kirby was even named on the shortlist for the first ever Women's Ballon d'Or alongside England teammate ​Lucy Bronze in 2018 - it was eventually won by Lyon superstar Ada Hegerberg.

Kirby was famously dubbed England's own 'Mini-Messi' by ex-Lionesses boss Mark Sampson when she burst onto the scene at the 2015 World Cup, something that has stuck with her when it comes to the media. But it is not a nickname she is exactly fond of. "The whole 'Mini Messi' thing after the Mexico match was a bit embarrassing. I had a go at Mark about that," the player recalled in a Daily Express interview in 2016. "It added a lot of pressure on me. I was only 21 and it was my first World Cup. After that, people expected me to dribble past three or four players every game but of course it's not going to happen."