​Manchester City striker Sergio Aguero has insisted his heart remains set on a return to former side Independiente once his contract at the Etihad Stadium expires.

The 30-year-old penned a new deal with the Citizens earlier in the campaign, extending his stay in England until 2021. Aguero left the Argentine outfit in 2006 to join Atletico Madrid for a fee of €23m, before moving to Manchester for almost double that figure, the Sky Blues landing their man for a hefty sum of £38m. The Argentina international has been a wonderful servant for the ​Premier League champions, writing his name into ​City folklore with a collection of iconic goals. Aguero famously netted a dramatic last-minute winner against Queens Park Rangers in 2012 to secure his side their first league title since 1968.

Discussing his future with ​Sky Sports, the hitman stated: "Obviously the fans [of Independiente] are excited about the return, but I have a contract with Manchester City and I try to focus on these two years that I have got left.

"Then later I will see [what I'll do], but obviously the Rojo [Independiente] is always my priority," he concluded, reasserting a long-standing desire to end his playing days back in Buenos Aires.

Aguero has grown into a legendary figure with Citizens supporters, amassing a total of 230 goals in all competitions for the club. That tally leaves him at the top of the club's all-time scoring charts, whilst he also has the best goals-to-minutes ratio out of any player in the history of the Premier League. 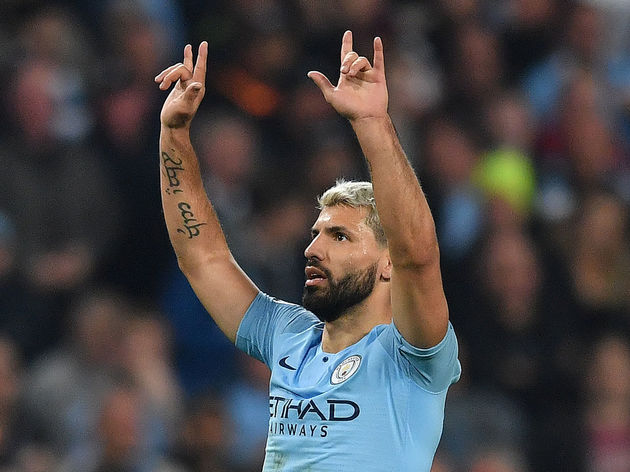 On the assumption that Aguero does indeed see out his current contract, the forward will have completed a decade of service for Pep Guardiola's team when he makes his exit.

He has enjoyed a marvellous career in the north-west, collecting four top-division titles, just as many League Cups and an FA Cup winners medal.