​When you think of who might prove to be the most important player on the pitch in this season's Champions League final, the names that spring to mind for most people will follow a similar pattern.

If it was then suggested that the man in question is a full-back then most thoughts would automatically jump to the two men likely to start in red, Andy Robertson and Trent Alexander-Arnold. It is a fair assumption, with the Liverpool

However, it is unlikely that too many would think the key man at the Wanda Metropolitano on June 1 could well prove to be Tottenham Hotspur Danny Rose 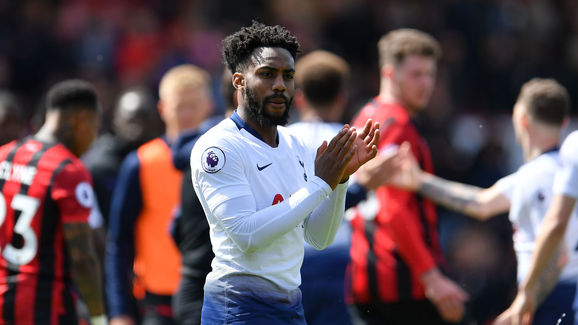 The England international rarely takes top-billing and it seems bizarre to therefore claim he might be the pivotal player in European club football's biggest match, but there is no doubt Rose's performance will have a big part to play in how the final ends up.

The thing is, often now you find that the players who start on either side of the defence are better going forward than they are defensively.

This can particularly be the case in the top teams, who spend the majority of their matches attacking and not worrying too much about what is coming back in the other direction. That will certainly not be the case in the Champions League

Rose will absolutely have to worry about what he is doing defensively while continuing to be a threat going forward, a

Because the man he is facing on his side of the pitch is perhaps Tottenham's greatest threat to victory. And the main man responsible for keeping the 26-year-old quiet will be Rose. Leeds UnitedPremier League

His energy and tactical discipline have already proved vital in the north London club's run to the final, with excellent performances against Manchester City Those attributes will be crucial again against the Reds as stopping Salah will not be his only job.

He must also continue to attack, providing the width for Tottenham when Son, Alli or Lucas Moura cut in from the left-hand side. The image of Rose overlapping Son, receiving the ball and delivering a cross for Kane is one we have seen many times before and one that we should be seeing again in Madrid.

The difference is, this time if the attack breaks down Salah will be waiting, ready to sprint into the space vacated by Rose down Liverpool's right.

That is why Rose is so important to the outcome of this year's European Cup finale. He has two jobs.

And he must do them both perfectly on Saturday night.