Norwich City have confirmed that Manchester City forward Patrick Roberts will join the club on a one-year loan deal from July 1st.

Roberts, who has enjoyed two loan seasons at Celtic and one at Girona in La Liga since joining Man City in a £6.5m deal from Fulham in 2015, will join the Canaries for his first ever full season in the ​Premier League - five years on from his league debut with the Cottagers back in March 2014.

A very, very warm welcome to Patrick Roberts who is set to join us from July 1 on loan from @ManCity! 🙌#WelcomeRoberts #ncfc

The club announced the deal on their official website, in a statement which read: "Norwich City are delighted to confirm that Patrick Roberts will join the Club on a season-long loan deal from Manchester City from July 1."

Speaking to the club website, Roberts declared: “It’s great to have the deal done. I’ve known about the interest for a while. I’ve spoken to the manager [Daniel Farke] and sporting director Stuart Webber and it was clear in my mind that I wanted to come here this season.

“I had a few other offers, the same as last season. But speaking to Stuart, he said he’s been watching me for a while and he likes the way I play. The manager was very enthusiastic when he spoke to me. He really enjoys the way I play and that’s a big boost of confidence for me.

“It’s good to have someone in your corner to give you the belief and opportunity to play and in return I’ll give 100% to Norwich and everyone at the Club to repay that belief.”

Roberts was most recently in Girona - who are owned by the City Football Group -and speaking upon this experience, he explained: “I learned a little bit of Spanish [in Girona] and a lot about a different culture. It’s a different way of life and playing out there in general and they are all good things for me to experience at this age. 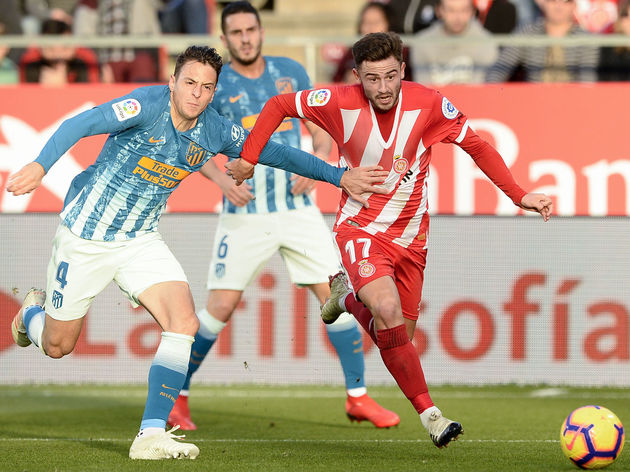 “Coming to another club is another step for me and hopefully I can learn from those experiences and bring them to the team at Norwich.”

Manager Daniel Farke was equally enthusiastic, declaring: “I’m very pleased with this signing. We made it clear that we need players with quality and good character. They both relate to Patrick. We have been following him for a couple of seasons. He was outstanding at Celtic but we had no chance to sign him then.

“Last season in Spain was a good experience for him. He is very skilful and down-to-earth, humble and modest. He is desperate to wear the yellow and green shirt and he has already proved he can play at a high level. He is a perfect fit for us.”