This is everything you need to know about the Lionesses' rivals ahead of the tournament...

Just two of Japan's World Cup squad play their football outside of their home nation, with two of their defensive players playing in France and the United States respectively. Therefore, many of these players know each other very well and are well aware of their own team's strengths and weaknesses. A hugely talented midfielder who made 79 appearances for her country, Asako Takakura has been at the helm of the national team since 2016, becoming the first female coach in Japan's history. She worked her way up through the youth side's before been handed the role in charge of the senior team, leading her side to 2018 Asian Cup glory having implemented her philosophy successfully since succeeding Norio Sasaki.

Her desire to promote youth has payed dividends, with Japan one of the dark horses to lift the World Cup in France. 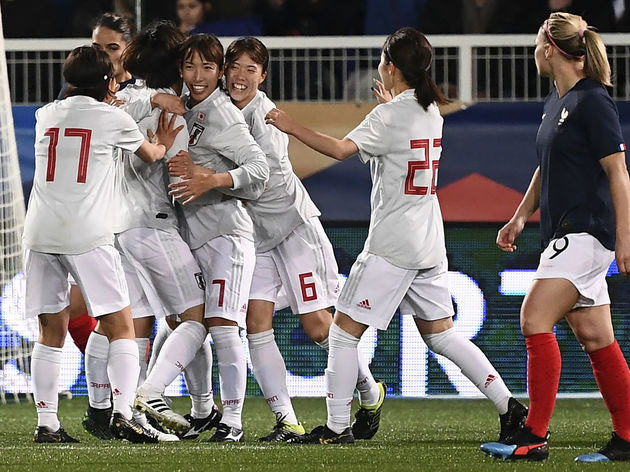 ​Japan have played five times in 2019, winning twice match, during matchdays one and two of the SheBelieves Cup, and drawing twice. This is a Japan side who are gifted technically with a whole host of flair players able to produce a moment of magic at any given moment.

They shift the ball across the midfield beautifully, at their best they can grind teams down and let their creative youngsters express themselves. They've shown their worth already this year, beating Brazil and drawing with World Cup favourites United States and Germany, showing they have what it takes to break down well drilled defences While the squad is well versed with the expectation levels of playing at a World Cup in terms of defenders, the rest of the side most definitely are not.

It can be taken both ways whether this is a positive or not, but Japan's team are very young, particularly in midfield and forward areas, therefore their lack of experience could hamper their chances of success.
Strikers Riko Ueki and Jun Endo are both 19, while of their six midfielders, four are aged 23 or below. The Olympic Games will be held in Tokyo next year, and there is a general feeling around this Japan side that the World Cup might be seen as an opportunity to gain some much-needed tournament know-how ahead of the competition. Therefore, their foot might be off the pedal somewhat, which could potentially derail their efforts in France. ​Starting with the side they will be expected to beat, Argentina will pose Japan the least threat in a group that also features England and Scotland.

The South American side head into the tournament as the lowest FIFA-ranked side, having failed to qualify for a World Cup for the last 12 years. With that in mind, they are highly expected to finish bottom of the group, conceding a good few goals along the way.
Scotland have never made a World Cup appearance before, and head to France with the shackles off. Their lack of fear may put them in good stead to attack teams with no pressure, however, this Japan side will likely prove too technically astute to suffer any shocks against the Scots.
Finally, the group is made up of England, who themselves are among the favourites to lift the trophy as well as finish the group as winners. Japan's clash with the Lionesses will be the pick of the fixtures in this group, although they will be keen to avoid a repeat of their 3-0 defeat to Phil Neville's side back in March.

Route to the Final

Should Japan seal top spot in Group D then it would present them with a favourable last 16 tie with the third place team from either Group B, E or F. That could result in potential clashes with - Chile, Spain, New Zealand, China or Cameroon. If progression from the round of 16 is secured, then a quarter final match up would follow against the runner up from either Group A or C. a possible match-up with either Brazil, Norway, South Korea or Italy could be the likely opponent. Success in the quarter finals would be followed by mouthwatering semi final clash against likely favourites to reach that stage, United States or France.

Japan could then set up a final date with Germany, who are the side from the other knockout bracket most likely to make it all the way to the final.