Arsenal Transfers: Fixing All of the Gunners' Squad Problems for Less Than the £40m Budget

​Some 13 years after their last European final, Arsenal fans will be drudging away from Baku with a perpetual cloud hanging over their heads.

So with just £40m and assuming the club don't sell any players (which they probably will), here's what Emery's side need to do in the transfer market to be back in the top four race when Premier League football rolls around again next season. Héctor Bellerín's return from injury next season should be a major boost for Arsenal, as they've been forced to use either

Kwateng is notably being courted by Bordeaux as he prepares to become a free agent, but a move to the Premier League and most notably Arsenal would be an offer which is hard to resist for any French player of his generation. 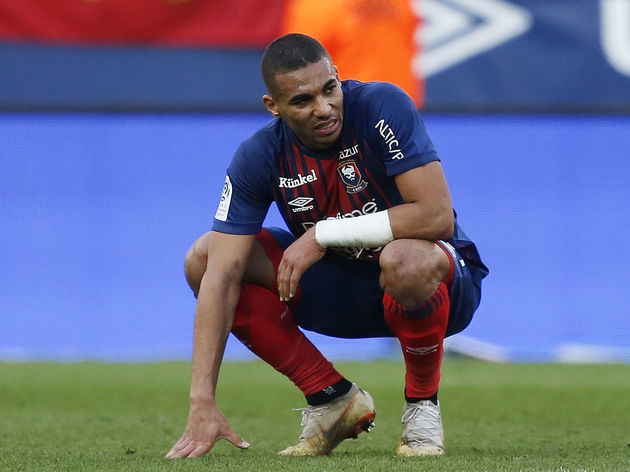 It's been a dismal season for SM Caen in Ligue 1, finishing three points from safety to be relegated back down to France's second division after five years in the top flight. With 159 Premier League appearances and an impressive trophy cabinet under his belt already, Ramires' experience at the highest level could prove to be a valuable asset for manager Emery heading into next season.

The lure of once again living in London could surely play a part in convincing Ramires to return to the Premier League, having previously spent six years on the books at Stamford Bridge. ​Arsenal aren't in dire need of attacking reinforcements this summer, but the could join a list of top European clubs currently sniffing around Marcus Thuram's future with relegated French side Guingamp.

The Italy-born forward, who is the son of French legend Lilian, can offer a threat through the middle of the pitch but he has predominantly played on the left wing this season, where he's scored 13 goals across all competitions.

Standing at almost 6ft 3inh, the 21-year-old's combination of pace and power makes him perfectly suited to the Premier League, while a move to Arsenal would also break the mould with what's already on offer at the club.

Thuram's still a little rough around the edges and would need to be coached the right way in north London, but adding a more natural goal threat than current winger Alex Iwobi is something which will only benefit Unai Emery next season. Estimated transfer costs are taken from CIES Football Observatory and are accurate at the time of writing.