*Clubs are determined by where a player is under contract at the time the World Cup begins and therefore transfers for the 2019/20 season that have been announced early are not counted. PSG captain Formiga will play in her seventh World Cup after making her tournament debut way back in 1995. Canadian teenager and potential breakout tournament star Jordyn Huitema has also already agreed a long-term contract to join the club after the World Cup. Although still registered as ​Arsenal players for a few more weeks, the Gunners will actually lose Dutch pair Sari van Veenendaal and Dominique Bloodworth this summer. However, the club has also already struck a deal to sign fellow Netherlands star Jill Roord for next season. Almost half of the Japanese squad is drawn from reigning national champions NTV Beleza. A number of Japan's all-time greats have previously passed through the club, including 2011 World Cup winners Homare Sawa, Aya Miyama and Shinobu Ohno. As many as 10 of Thailand's 23-player squad comes from domestic giant Bundit Asia. Jill Roord has already agreed to leave ​Bayern before the start of next season to join Arsenal, while Sara Dabritz has a deal in place to move to France and join Paris Saint-Germain. There will be 11 players from the city of Incheon's Hyundai Steel Red Angels at the World Cup this summer, with only one of them not from South Korea - Brazilian forward Beatriz. ​Manchester City have already confirmed the arrival of England's Ellen White from Birmingham ahead of next season, although they will be losing fellow Lionesses players Nikita Parris, who will be joining Lyon, and Abbie McManus who is moving to Manchester United. Goalkeeper Hedvig Lindahl has just finished her final season with ​Chelsea and won't return to the club after the World Cup. Karen Carney is going to her fourth finals with England, while Scotland's Erin Cuthbert has all the potential to be a tournament breakout star. 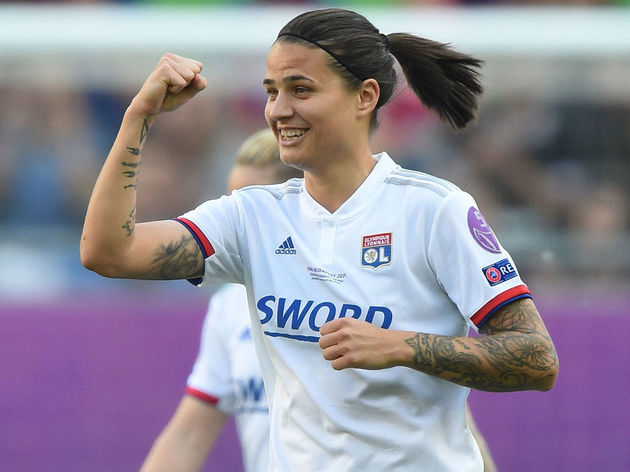 It is perhaps little surprise that Lyon, a club that has won six ​Champions League titles in the last nine seasons should be sending more than a full XI to the World Cup. But their most famous name, Ada Hegerberg, won't be there as a result of international retirement due to ongoing protest. ​Barcelona are becoming a growing force in European club football and no other team on the planet is sending more players to this summer's Women's World Cup than the Spanish giants. Those players are not just Spanish, but from a mixture of nations across multiple continents.