​Arsenal manager Unai Emery is set to use departing trio Aaron Ramsey, Danny Welbeck and Petr Cech as a key part of his preparation for Wednesday's Europa League final against Chelsea.

Ramsey, who will miss the game with a hamstring injury, has already agreed a free transfer to Juventus, while Cech has confirmed that he will retire after the game. As for Welbeck, he is also set to leave when his contract expires after the game, although his next destination has not been announced.

Speaking ahead of the game (via the ​Daily Mail), Emery insisted that the trio will help the team get ready for the game, adding that ​Ramsey could even give his pre-game team talk.

Arsenal in good spirits at training.

It’s been a long journey, but @benhainess and I - also in good spirits ahead of the #UELFINAL tomorrow.

Fancied @Arsenal to win the whole thing for a while to be honest... pic.twitter.com/8DCpwyTwzC 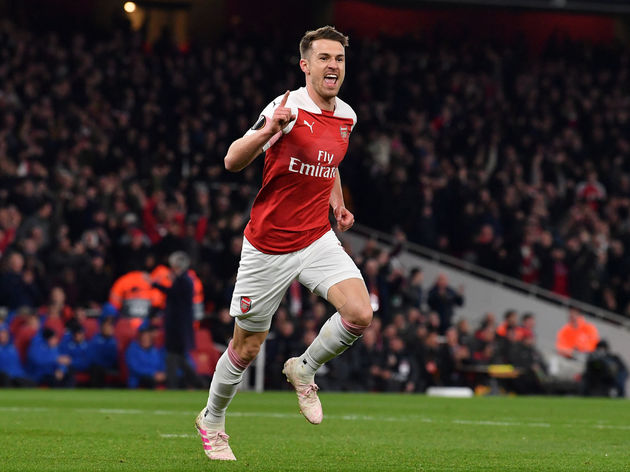