​Liverpool midfielder Naby Keita will miss the Champions League final against Tottenham on Saturday after failing to recover from a groin injury.

Keita suffered the injury during Liverpool's semi-final first leg clash against Barcelona and he has not made an appearance since, missing the second leg as well as the conclusion to Liverpool's Premier League season. 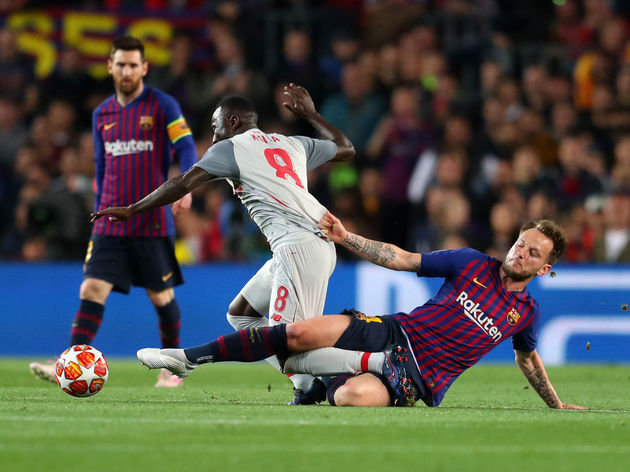 As was initially expected (via ​Sky Sports), Reds boss Jurgen Klopp has now confirmed that ​Keita will not be playing any part in the final for ​Liverpool after failing to fully recover.

It comes as a blow for the Reds, as Keita was finally piecing together a string of decent performances after an initially difficult start to life in England.

Despite his injury, Keita has still been named in Guinea's provisional squad for the Africa Cup of Nations this summer, indicating that he may be able to recover in time for the competition which is set to take place in June.

In more positive news for Liverpool supporters, Jurgen Klopp has revealed that the previously injured ​Roberto Firmino could be fit to feature against ​Tottenham after he also missed the end of the domestic season through injury.

Klopp on Firmino/Keita: "No chance for Naby, he's progressing well. Bobby
trained then we took him out. But he will be in training again tomorrow.
I'm sure he will be fine."

"Bobby trained then we took him out. But he will be in training again tomorrow. I'm sure he will be fine."

With Firmino in contention to start, it would be safe to assume that semi-final hero ​Divock Origi would be the most likely to fall out of the starting XI, despite finishing the season strongly with important goals against Newcastle and Barcelona.