Valverde, who in February signed a contract extension until the end of next season, recently delivered a second La Liga title in as many seasons. However, Barça lost the Copa del Rey final against Valencia and once more failed to conquer Europe in the Champions League. The latter saw Valverde's team lose what should have been a comfortable 3-0 aggregate lead against Liverpool, losing 4-0 at Anfield in the semi-final second leg and exiting the competition.

It has led to widespread reports that the 55-year-old, among the very highest paid club coaches in Europe, will now be shown the door as the Camp Nou hierarchy go in another direction.

​SPORT, claims that the Barça board made a decision on Valverde's future following the disappointing Copa del Rey defeat to Valencia, with Martinez - to be assisted by Thierry Henry - apparently set to take over.

RAC1, in support of the Martinez appointment, add that Barça prefer a coach who is 'tougher' in training, more 'daring' with his tactics and substitutions, and plays a more 'attacking' style of football.

Last year, the Catalan-native guided Belgium to a best-ever third place finish at the World Cup. ​Mundo Deportivo, who claim Valverde will not be dismissed this week at least, also carries a story on the subject that suggests there have been several potential candidates for the job that have seemingly been discussed internally.

Alongside Martinez, of whom it is mentioned that he is close with Camp Nou official Pep Segura, is former Barça star and fellow ex-Premier League manager Ronald Koeman, who spent six years with the club as a player and scored the only goal in the 1992 European Cup final.

Koeman is currently in charge of the resurgent Netherlands national team, while he won many plaudits in England during his time at Southampton. 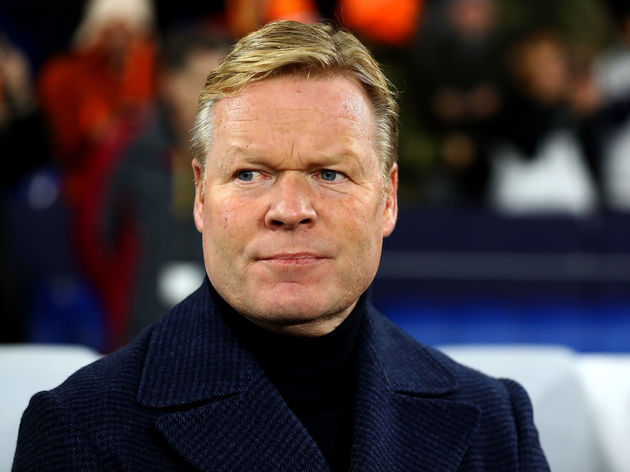 Also named is Arsenal boss Unai Emery, whose greatest selling point appears to be his record in knockout football, perfect for Barça's Champions League ambitions, after the famously led Sevilla to three consecutive titles in the Europa League in 2014, 2015 and 2016.

Those are the 'front line' options that Barça officials are said to be considering, while Ajax coach Erik ten Hag and former Paris Saint-Germain boss Laurent Blanc. They are said to be secondary because Ten Hag lacks elite experience and Blanc has been out of work since 2016.