​Chelsea boss Maurizio Sarri could be set to take over as the new Juventus manager next season after Pep Guardiola snubbed the Italian champions.

Massimiliano Allegri's departure from the Allianz Stadium was recently confirmed, leaving the Bianconeri tasked with replacing the man who has masterminded their Serie A title triumphs in each of the last five seasons. 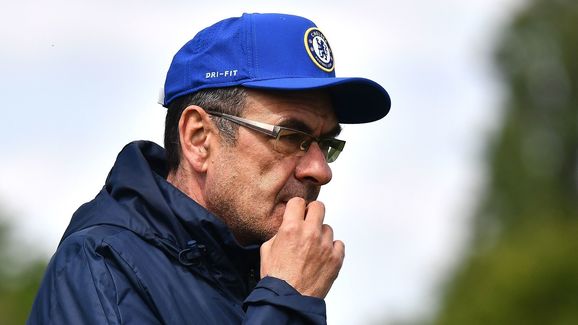 ​Manchester City boss Pep Guardiola had emerged as ​Juventus' first choice target to assume the role in Turin, though the Spaniard has apparently turned down the offer in favour of remaining at the Etihad. According to journalist ​Tancredi Palmeri, the Italians have now turned their attentions to Sarri, and have agreed personal terms with the ​Chelsea boss.

The Italian departed Serie A last summer as he moved from ​Napoli to west London, but has experienced a difficult first season in charge at Stamford Bridge.

The 60-year-old guided the Blues to a third-place finish in the Premier League and the Europa League final, in which they will face London rivals ​Arsenal on Wednesday, but Sarri's future beyond the end of the season remains far from certain. Former Chelsea bosses Antonio Conte and Jose Mourinho have also been mentioned as potential candidates for the Juventus job, though it is the Blues' current incumbent who appears to have emerged as the new favourite.

Sarri's previous success with Napoli is a potential factor, given that he led the Partenopei as they pushed Juventus all the way for the title during his final season in charge at the Stadio San Paolo.

It is said that the Bianconeri have already agreed personal terms with the Chelsea boss, and will now be required to discuss a financial agreement with the Premier League side in order to complete the deal.