Leipzig started the game on the front foot and it was no surprise when they had the first big chance. With 11 minutes on the clock, Yussuf Poulsen got a clear run at the ball from a corner and delivered a header from close range which was brilliantly saved by Manuel Neuer, who showed quick reactions to push the ball onto the crossbar. They continued to be the better team in the early stages, pressing high up the pitch and restricting Bayern to speculative shots from long range whilst creating several chances of their own.

Robert Lewandowski's quality header gave Bayern the lead and Kingsley Coman helped make sure of the win for Bayern in the 78th minute when he received the ball in the area and blasted it into the top corner.

Lewandowski added gloss to the scoreline in the 85th minute. Joshua Kimmich played a ball down the line and the 30-year-old striker held off Upamecano and deftly chipped the ball over Leipzig had the opportunity to win the first ever major trophy in this final and will look back with regret after missing a number of clear-cut chances.

The worst miss of all came in the 48th minute. Forsberg was played through on goal and was one on one with Manuel Neuer but the German number one showed his trademark sweeper-keeper ability, quickly coming off his line to close down the angle and tip the ball round the post.

Whilst Neuer is renowned for making these type of actions, it was Forsberg's poor second touch that allowed the Bayern keeper to position himself to make the save.

Emil Forsberg has to score there, but my goodness Manuel Neuer is still pretty decent isn’t he! #RBLFCB

Ultimately Leipzig's lack of ruthlessness cost them and moments like these were the difference between the two sides. Bayern started the game slowly but managed to gain a foothold in the game in the second part of the first half as Leipzig started to tire.

Their first goal not only changed the complexion of the tie but also swung the momentum of the game in their favour. 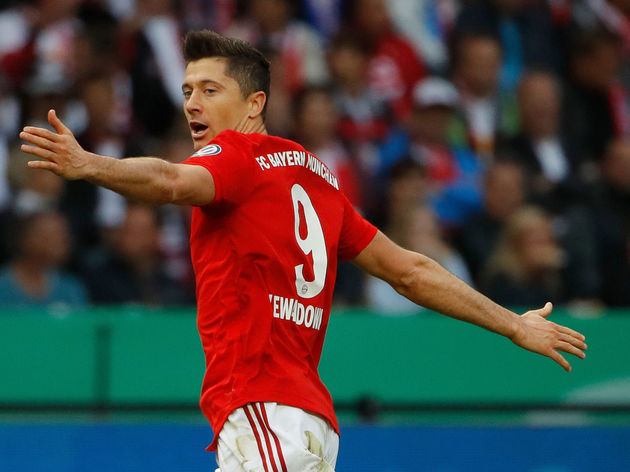 Kingsley Coman played in the overlapping David Alaba, who delivered a cross which appeared to be behind Robert Lewandowski, yet the Pole did brilliantly to bend his neck and somehow guide the ball into the bottom corner.

It is the sign of Lewandowski's world-class finishing ability that he managed to take his first chance of the game despite being starved of service up until that point.

Robert Lewandowski is such a phenomenal striker. That header is ridiculous. The neck strength necessary to direct it with that much power while going away from goal. Jeez. He received the ball from Joshua Kimmich, showed great strength to hold of Upamecano and deftly chipped the ball over Gulacsi and into the Leipzig net.

The Poland international had other chances to score but on a night where several players seemed to suffer from stage-fright, he stepped up to deliver a match-winning performance.