England rode their luck at times during the first half and only went into half time in the lead thanks to Parris' powerful effort just seconds before the whistle. 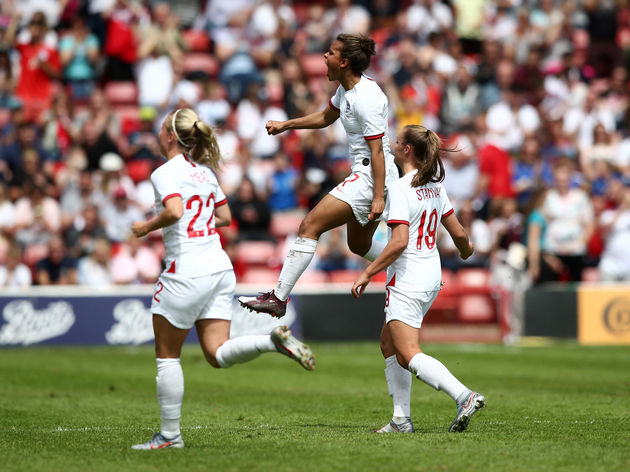 Manchester City midfielder Scott doubled their lead shortly after the restart and the Lionesses held out for a 2-0 win, but manager Neville wasn't pleased with his side's overall level of performance on Saturday.

"We want the standard to be better than that," Neville told BBC Sport in his post-match interview. "I just wanted them to do the basics well. [It was] sloppy, slow and I was bored watching it in the first half, so I wanted us to play with a better tempo and better quality.

"I wasn't bothered if [Parris' shot] went in or not. It didn't change my view of how we played in the first half. 1-0, 2-0 or 2-0 down, I wanted us to play a certain way. I'd prefer us to lose and play the better way, than play like we did in that first half.

"The three best players today were my goalkeeper