​It may feel unnatural in May, but the summer transfer window is in full swing. And, right on cue, we have some belting rumours to inject into your insatiable bloodstreams. Bit graphic, but you get the point.

Seriously though, there's nothing better than a rumour that's persisted for so long without fruition that it passes its sell-by date and becomes pure parody, and *spoiler* that's just one of the many joyous links we we've got lined up for you in this roundup.

What are you waiting for? Young, Brazilian and targeted by Real Madrid. Pedro Guilherme ticks all the boxes. And, according to ​Globo Esporte, Manchester United have cottoned onto this fact, with a €30m offer in the offing this summer.

That was the fee that ​Real had agreed last summer, before a serious injury derailed the move at the last minute. The 21-year-old has since returned from injury, and sufficiently impressed once more, with Atalanta and Inter also sending scouts.

The one caveat that remains is that Fluminense's president is eager to hold onto the starlet until at least June 8th, when the voting on the club's next regime occurs. Politics, eh? ​Atletico Madrid could be in line for a fair windfall this summer, with the departures of Lucas Hernandez and Juanfran, as well as the proposed exit of Antoine Griezmann potentially joined by Rodrigo, Thomas Partey and Filipe Luis.

In any case, Hernandez and Griezmann is quite the bounty in itself, and that cash is expected to be injected right back into moves for Ajax forward David Neres and Athletic's Yeray Alvarez.

According to ​AS, Los Rojiblancos have been coveting Neres for some time, and despite big interest from the Premier League and other European elite, they're willing to put their money where their mouth is, because, you know, there's a lot of it, and have good information that the Brazilian is just as keen on them.

As for Alvarez, it is​ El Mundo who are backing Diego Simeone's side to dispense with the €30m required to trigger the release clause in the 24-year-old centre back's contract. Neat. 'Player in Portugal being tracked by Wolves.' It's not the most surprising story you'll read this week. But there is a twist, for Moussa Marega is in fact a Mali international. So, yeah, have some of that.

In any case, Nuno Espirito Santo and co are still feverishly chasing the 28-year-old forward in an attempt to bolster their attacking forces going into their 2019/20 Premier League title charge - no, seriously.

According to the ​Mirror, the Wanderers are the best-placed team as it stands to land the Malian, who has a £30m release clause in his Porto contract.

Man Utd (BACK!) in for Kevin Strootman (AGAIN!) Here we are. Nostalgia o'clock, baby. Next stop, Kevin Strootman Drive. That's right, Manchester United are back at it again, diving back once more into the Strootman sweepstakes.

According to ​Sky Sports, the Dutchman has been offered to United, alongside Everton, on loan by Marseille, with the club desperate to cut costs after a torrid season. Strootman joined the Ligue 1 side last season for £23m, after years and years of links with the ​Red Devils failed to come to fruition; primarily due to Roma's staggering £80m valuation.

Still, there's no time like the present, and I'm reliably informed that there's no better replacement for an ailing 30-year-old Serbian central midfielder than a 29-year-old Dutch one.

Tottenham have submitted a £10m bid for Leeds' precocious winger Jack Clarke, after the youngster impressed in a breakthrough season at Elland Road under Marcelo Bielsa.

The 18-year-old, who only made his first start in January, has come on leaps and bounds since then, with suitors now dotted across the Premier League. But, according to the ​Daily Mail, it is Mauricio Pochettino's side who are leading the charge, with ​a £10m bid already lodged.

Should it concern Spurs fans that the giant of a man pictured next to him (Reece James) is in fact just 11 months older than him? Who's to say. You can have your 'Kylian Mbappe to Madrid for £500m' stories, but for me, there's no greater transfer rumour possible than 'English club pays over the odds for strange English player'.

Never has this been better executed than Burnley offering £15m - a club record fee - for West Brom's Craig Dawson. Unbelievable, Jeff. According to the ​Sun, Sean Dyche has been chasing the 29-year-old - who has been described by said publication as a 'former England Under-21 ace' (how flattering) - for years, and his dreams could finally come true this summer, with both player and club willing to agree to the move.

In this case, 'willing' means 'bite your bloody hand off', in both cases. 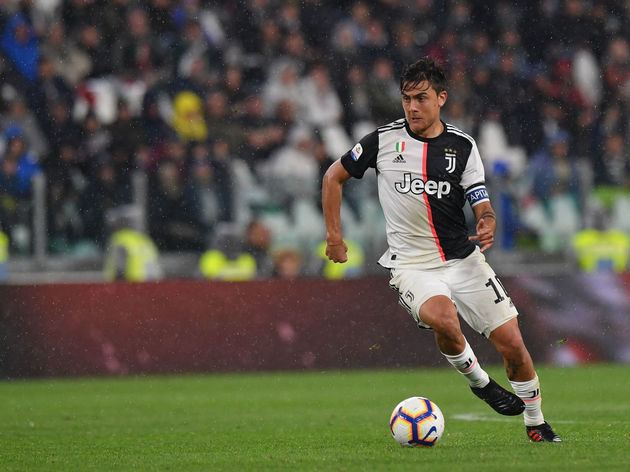 In my experience, there's no greater source of transfer rumour skullduggery than agents speaking to radio stations from their client's native land, and if that native land happens to be in South America, then we're good as gold.

This is exactly what we've got from ​Paulo Dybala's brother, who doubles as his agent, in Argentina this week. As revealed by the ​Sun, going off reports from Tuttosport, Manchester United have actually been in talks with the Juventus player for the last month, preying on the forward's dissatisfaction with life in Turin.

And there's no doubt that Gustavo Dybala's comments on Argentine radio will serve as music to Ole Gunnar Solskjaer's ears. The agent affirmed: “There is a good chance he'll leave.. he needs a change.​ Of course he's not happy there."

Then, just to stick the knife in, he explained: "Paulo's not the only one, there are many players who are uncomfortable at Juve. He won’t be the only one who will leave Juve this summer.”