Wilson scored a sublime free-kick at Old Trafford in October that helped knock Manchester United out of the Carabao Cup and netted 15 times in 40 Championship appearances. He also played a decisive role in the playoff semi-final against Leeds. 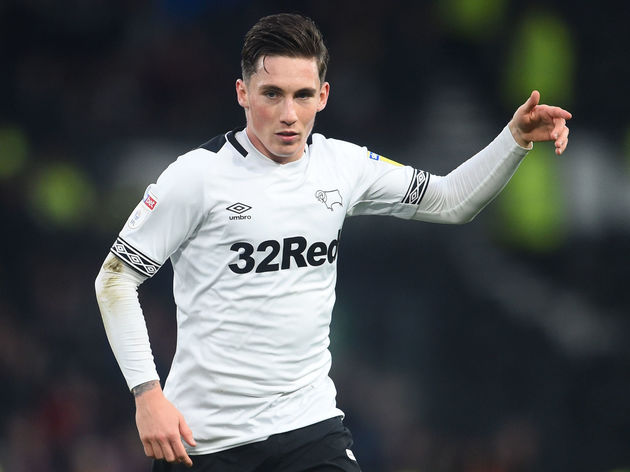 Wolves were one Premier League club credited with an interest in the 22-year-old earlier this week in a report that suggested Liverpool would ask for £25m.

Now, Sky Sports have reported that Newcastle, Southampton and Brighton 'lead a host of clubs' that are 'keen' on signing Wilson. Crystal Palace have also been tipped to join the 'long list' should Champions League-seeking Wilfried Zaha leave the Eagles this summer.

Then there is also the potential to stay at Derby, whose budget will for the 2019/20 season will skyrocket should they beat Aston Villa in football's '£170m game' on Monday.

With 18 goals for Derby this season, surely now is the time for Wilson to make the step up at Liverpool... https://t.co/MgtC0I1JZ4

Whatever happens, Liverpool appear to be in for a sizeable payday for an individual who has played just a single first team game for the club, an FA Cup tie against Plymouth in 2017.

Wrexham-born Wilson, a full Wales international since 2013 aged 16, joined Liverpool's academy ranks at the age of eight and signed his first professional contract in 2014. He had spent time out on loan at Crewe and Hull prior to his breakout season with Derby.