​Arsenal head of football Raul Sanllehi has confirmed that the Gunners have 'very clearly identified' transfer targets ahead of next season and are 'already talking' to prospective signings, with coach Unai Emery set for his second year in charge after a promising debut campaign.

A refreshed Arsenal finished seven points better off in the Premier League in 2018/19 than they did in Arsene Wenger's final season. And while the club missed out on Champions League football domestically, winning the Europa League would put them back into the elite competition. 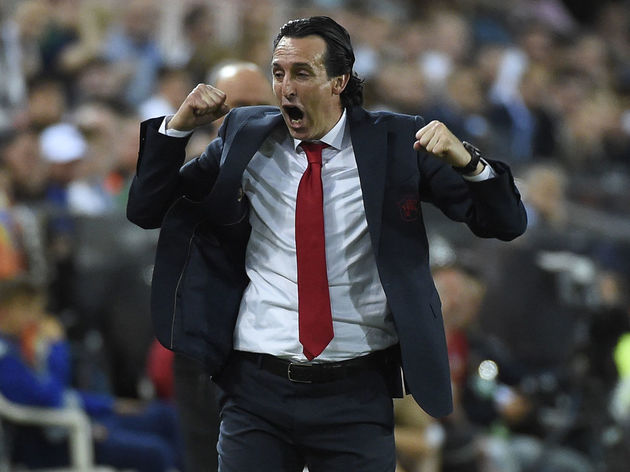 That is something that Sanllehi admits is a major lure for players, although he is adamant that Arsenal's image and reputation as a club is also a big draw.

"What I can tell you is that we have identified very clearly and unanimously with our head coach and technical people, we know what we want to prioritise and we're very clear on what our priorities are," the Spaniard told Arsenal.com in a lengthy end-of-season interview.

"We're already in the market and we're already talking with the people that can help us to cover those positions and I feel quite strong. It's going well and the image that Arsenal has in the football world is very strong," he added.

"We need to go where we belong and that's the Champions League. Many players really want us to be there also when we're talking with them, but I feel quite strong on the inputs that I'm getting so far. I do believe that we have a very good plan to cover those positions to be much stronger next year to deliver the success that we're all hoping for."

Asked of the direct importance of having Champions League football to offer when talking to prospective signings, Sanllehi explained, "That's something that comes into the conversations. Fortunately enough, the image of Arsenal is strong enough.

"We are a reference in the football world, so when Arsenal knocks on the door of players it's a different knock than other clubs. Of course, the fact that we have not been in the Champions League for two years and we are in question marks now for the next year, that's not helpful.

"But again, the image of Arsenal is strong enough to help us build a case about all the model we are bringing up, the new era that we are bringing up. It's very exciting. The passion of the coach that is projecting to the team, it's seen by everybody in the football world. "We're getting that a lot from players that we're talking to, that they really get that it's a nice place, that it's a very good place to be, Arsenal, in order to project a good football career. So we are building on that. Of course being in the Champions League is very helpful, because all players want to play in the ultimate competition."