Arsenal forward Alex Iwobi has revealed he will be gunning for Liverpool to win the Champions League final against Tottenham next weekend.

The young Nigerian is currently preparing for next Wednesday's Europa League final against Chelsea in Baku, with the Gunners needing to bring home the trophy in order to qualify for next season's Champions League.

Both major European trophies could be won by London clubs this season, but Iwobi admits his north London rivals' potential glory is not something he relishes. 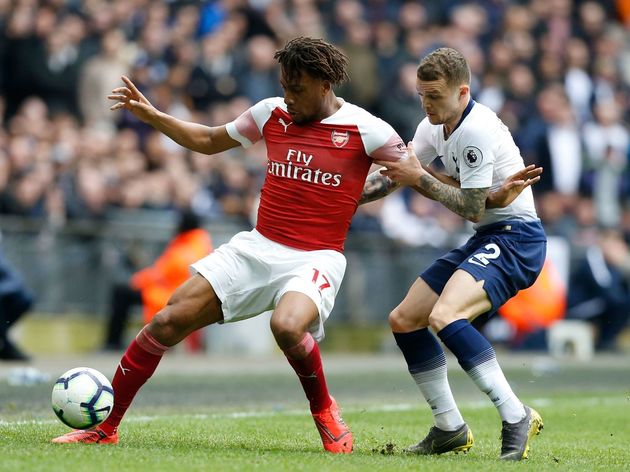 Iwobi told ​Sky Sports: "We're not trying to focus on ​Tottenham to be fair, I actually hope they lose.

"We're not trying to look at them, they've done well to be fair, you have to give it to them, but we want to focus on ourselves and bring a trophy back."

​Iwobi and ​Arsenal will make the long trip east to Azerbaijan for next week's all-London showdown, as Unai Emery bids to win his fourth Europa League title and the Gunners' first European trophy since the 1994 Cup Winners Cup - an occasion the academy graduate is relishing.

"To be here and have an opportunity to play in such a big final is great," Iwobi continued.

"Every trophy to us is special, we always want to do our best and win as many as we can, and the Europa League final is another one we can win."

Next week will be a huge week for English football, with two all-English finals within three days of each other, and Iwobi will be hoping an Arsenal victory in Baku is followed by a ​Liverpool triumph in Madrid.